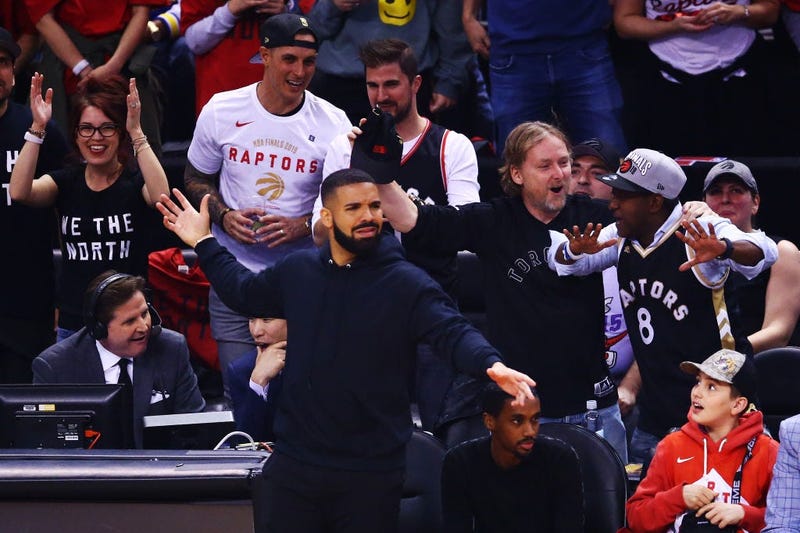 Even if you don’t watch the show, you probably heard about the run of “Jeopardy” James Holzhauer, a professional sports gambler from Las Vegas who took the popular game show by storm. A 32-day winner, he came within $60,000 of Ken Jennings’ all-time winnings record of $2.6 million, but did it in less than half the time.

That run, however, came to an end on Monday’s episode, and Holzhauer had an interesting take on Twitter.

The “Drake Curse” is starting to take on a life of its own, as the popular singer apparently has a kiss of death when he supports a team, perhaps other than his true love the Raptors (who, mind you, are facing the dynastic Warriors in the NBA Finals). But who exactly has been on the wrong end of the curse? Quite a few folks, actually.

Bout to break the curse 🦉 #June1st

The most recent case came just last weekend, when Joshua had a heavyweight title fight against Andy Ruiz, Jr. in which he was the overwhelming favorite – Ruiz was only on the card became Jarrell Miller failed multiple drug tests. Alas, social media found a post from March in which Joshua posed for a picture with Drake after a training session, and disaster struck. In the seventh round he was dropped twice, and Ruiz was awarded the TKO victory in one of boxing’s biggest upsets since Douglas-Tyson.

Coach John Kavanagh warns Drake not to show up at SBG Ireland 😂 https://t.co/JI5IgNWY7S

One of the most popular athletes in the world, McGregor fought Khabib Nurmangomedov at UFC 229 for the undisputed lightweight champion. At the weigh-in, Drake was there, posing for a picture with McGregor holding up an Irish flag. What happened during the fight? McGregor lost, obviously, and in fairly convincing fashion to boot. Now McGregor’s coach is joking that Drake isn’t allowed anywhere near his gym.

In March the Manchester City star met Drake after an event in England, and the two posed for a photo. What happened in City’s very next game? The striker had his penalty kick saved in what became a 1-0 defeat in the Champions League to Tottenham, who would knockout City in the next match.

That very same week, Drake also posed with Borussia Dortmund’s Jadon Sancho, whose team lost 5-0 the next match. The week before he posed with Arsenal’s Pierre-Emerick Aubameyang, whose Gunners lost to Everton and, ultimately, finished outside the top-four.

Get your mind right!
Motivation from - @Drake repping Bama!#OutworkYesterday#RollTide pic.twitter.com/Pv0nK6JEjt

Not even a dynasty can stop the Curse. Before the national championship game the official team account tweeted a video of Drizzy working out in Alabama apparel. Of course, the Tide was handed its worst loss of the Nick Saban era just days later, getting blown out by Clemson 44-16 after never having lost by more than 14 points under Saban.

Drake showed up to Game 4 of Maple Leafs-Bruins

While being known as a huge basketball fan – especially the Raptors and Kentucky basketball – Drake was in attendance for Game 4 of the Maple Leafs’ first round matchup against the rival Bruins. Boston jumped out to a quick 2-0 lead, won the game 6-4, and ultimately won the series in seven games, although Leafs fans are fighting a lot more than the Drake curse in the never-ending quest for a Stanley Cup.

We just mentioned how Drake considers himself a Wildcat superfan, and has been admittedly since John Calipari came to Lexington in 2009. But things really ramped up in the summer of 2012 – right after Kentucky won a national title. Since that time, Kentucky has twice been to the Final Four and gotten to an Elite 8, but hasn’t won it all. For a storied program like UK, anything short of a banner is a disappointment.

The lesson here? If Drake supports your team in anyway, be ready for immense disappointment.