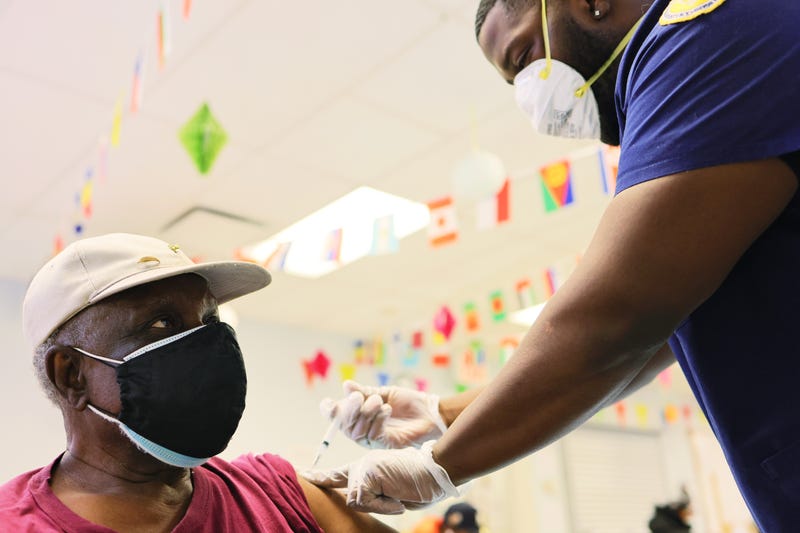 Saying that vaccinating the Connecticut population as quickly as possible has become his first priority, Gov. Ned Lamont has made a sudden shift in assigning the next groups to become eligible for COVID-19 vaccines.

He's moving to an age-based system, an announcement that came as a surprise to many interested parties, including essential workers and those with other serious health problems, who expected to be included in Monday's announcement.

Under the new plan, Connecticut residents 55 and older will become eligible next Monday, March 1. Those 45 and older can get vaccinated starting March 22.

"We found a close correlation between age and risk," says Lamont. "A majority of our fatalities related to those over the age of 80."

There is one exception to the age-based rollout: school staff and teachers will get their shots next month at dedicated clinics. School districts will inform their employees when and where.

But the governor decided over the weekend that the priorities of the Centers for Disease Control, as processed by his Vaccine Advisory Group, were causing confusion.

There are candidates for vaccination who expected a much different result Monday. Gov. Lamont said a few days ago that this week's announcement would disclose when "essential workers" and those with pre-existing medical conditions would be vaccinated.

The new plan includes the school employees, but leaves out those medically exempt and other essential workers, including grocery store employees represented by the Connecticut Food Association (CFA).

CFA president Wayne Pesce says his members were counting on being included in the next phase. "Our state's residents have been able to count on a safe and stable supply of food to sustain them over the last year," says Pesce, "and that wouldn't have been possible without the selfless indivduals who came to work every day so that other people could feed their families."

32BJ SEIU, which represents five thousand security officers and janitors in Connecticut, issued this statement: “We were dismayed and deeply disappointed to learn this afternoon that Governor Lamont has abandoned the needs of essential workers and people with pre-existing conditions in the next phase of the coronavirus vaccine rollout. We fully expected the Governor to follow the recommendations of the CDC and his own Vaccine Advisory Group and prioritize those whose risk is now greatest."