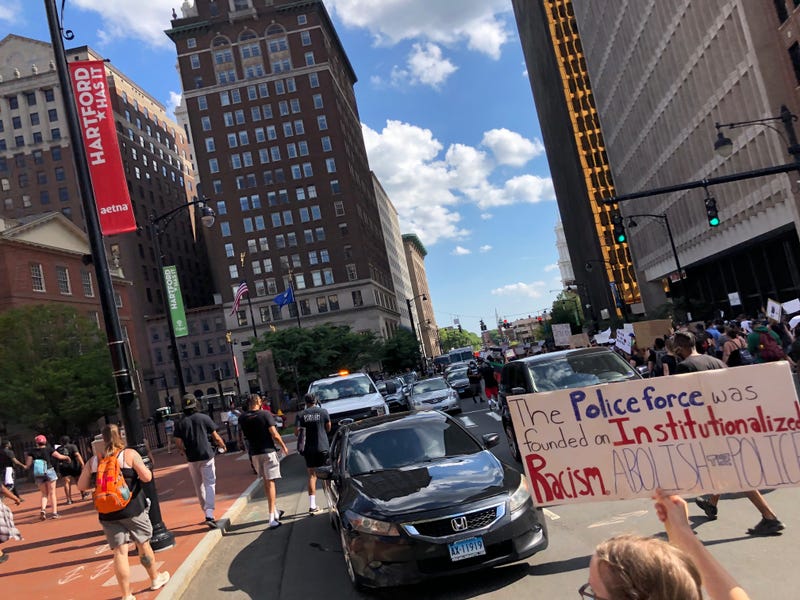 Hartford Police Chief Jason Thody has suspended and demoted a detective accused of proposing a "dead pool" on where the city's first homicide of 2021 would occur.

Detective Jeffrey Placzek will be demoted from the Major Crimes Division, pending appeal. His suspension is for 120 days.

In a statement issued Monday, Mayor Luke Bronin said, “The officer who sent this message demonstrated a profound disrespect for our community and a deeply troubling lack of judgment. Chief Thody has imposed serious discipline, including both demotion in rank and a lengthy four-month suspension without pay, which I support, and I expect that additional discipline will be coming for supervisors who received this message and failed to take action.”

Saying the incident demonstrates a wide disconnect between Hartford's police force and the needs of the city's primarily Latin American and African American residents, City Councilman Josh Michtom of the Working Families Party is calling for Chief Thody's removal.

"I think the chief's gotta go," says Michtom. "What we need is more imagination from our leaders... more willingness to say, 'we can entirely change what police do and how they operate. What we expect from them.'"

Lt. Paul Cicero has been suspended from overseeing the Major Crimes Divsion and has been stripped of his Public Information Officer title.

Any other officer who saw the text and did not report it will also be disciplined. The chief expects his investigation to be complete by the end of next week.