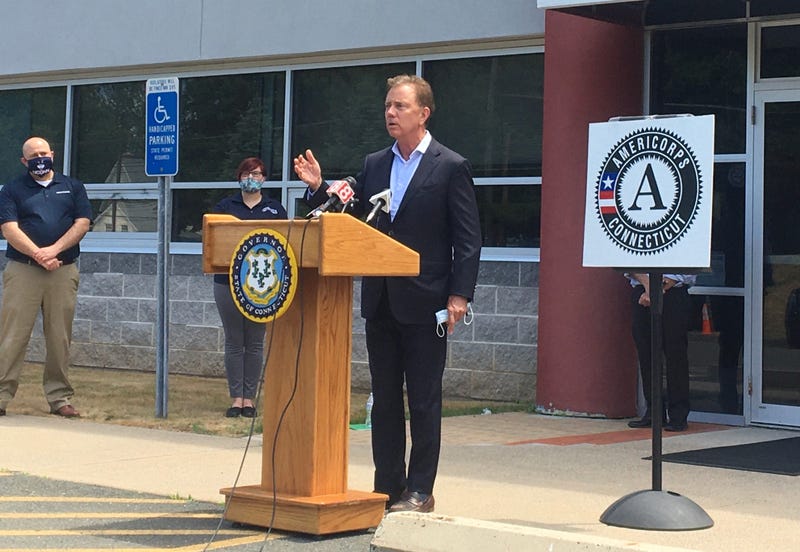 HARTFORD, Conn. (WTIC and AP) - Gov. Ned Lamont warned Monday that bars and restaurants violating Connecticut's COVID-19 restrictions will “ruin it” for other establishments complying with social distancing rules, including required face coverings, if they don't change their ways.

The Democrat said he was concerned to learn about a pub in Fairfield that was temporarily shut down and the owner fined after local health officials on Friday night observed about 50 people standing outside, many without masks, as well as a large number of people inside, in violation of the state's current capacity limits.

“There’s been a couple of other incidents maybe you’ve heard about around the rest of the state right now,” Lamont said on Monday during his coronavirus briefing. “And if this keeps going, you’re going to ruin it for all the restaurants and everybody who was following the protocols really seriously.”

Lamont said he is concerned about “bars masquerading as restaurants,” given the state's current restrictions on stand-alone bars reopening during the continuing COVID-19 pandemic. He has repeatedly said he believes there's a significant risk of getting infected in a bar, with people standing around, close to one another.

Restaurants, meanwhile, are allowed to open at 75% capacity, except in communities with higher infection rates where local leaders decided to keep the limits at 50%.

Since Friday, there have been more than 2,000 new infections in Connecticut after more than 92,000 tests were taken. The state still has among the lowest positivity rates in the nation. Meanwhile, the number of hospitalizations climbed by 37 to 270 patients.
The number of COVID-associated deaths increased by 12 to 4,589.

Dr.
John Murphy, president and CEO of Nuvance Health, which includes Danbury Hospital, said it's important to note that the type of people testing positive is different today than it was in March, April and May.
In those early months of the pandemic, he said, the percentage of people under age 18 who tested positive was 4%. He said about 25% who test positive are now under age 18.

“So they’re healthier. There are fewer comorbidities. They’re much less likely to get sick,” he said.
“And of those individuals who do come into the emergency department, we’re finding that we are much more comfortable sending individuals home and, if necessary, with home care nurses looking after them.”

Murphy said modeling shows this new surge in cases could peak sometime in mid-January or sooner. But he said the state is better prepared than it was when COVID-19 first hit earlier this year, considering there are better therapies, more testing and contact tracing and more mask-wearing.

“So for all of those reasons, while we expect it to be a tough winter, we do not believe that we are going to be overwhelmed by this,” he said. “And we are hopeful that our capacity is sufficient to meet the needs of our state in the coming months.”

Murphy said it's still a “very serious infection” and no one should think his health system is treating it casually. But the last seven months, he said, “has taught us a great deal about how to combat it.”