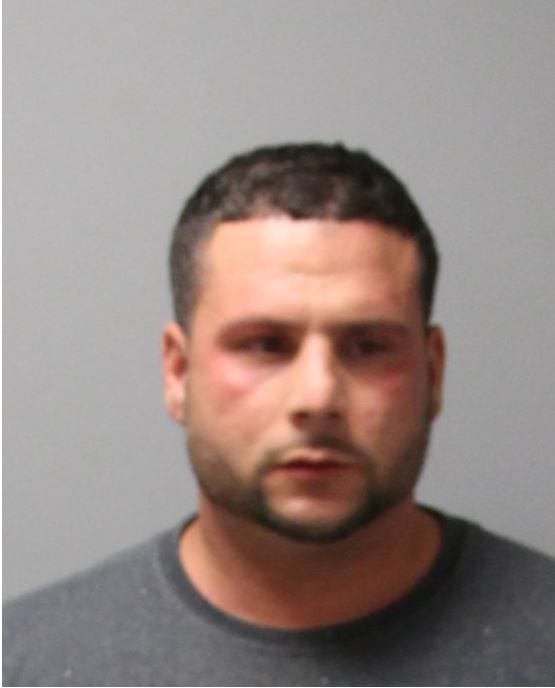 (Hartford, Conn./WTIC) - State Police are releasing more information on a highway incident Thursday night involving one of their own.

It started with numerous 911 calls to Troop H in Hartford, reporting the driver a pickup truck swerving across multiple lanes of Interstate 84 around 10:00 p.m., nearly hitting several vehicles in Plainville.

Troopers were able to box  the driver in in West Hartford.

He was identified as 36-year-old Daniel Rapuano of Naugatuck.

When a trooper climbed on to the pickup's running board, police say Rapuano sped off, throwing the policeman into the center lane of the highway.

Police ordered an intentional collision, at which point Rapuano's vehicle spun into the median near exit 43 eastbound.

He was arrested and charged with a host of offenses, including DUI, engaging in pursuit, reckless endangerment, and assualt on police.

He'd already been on parole according to police.

The trooper was transported to Hartford Hosptal for minor injuries.