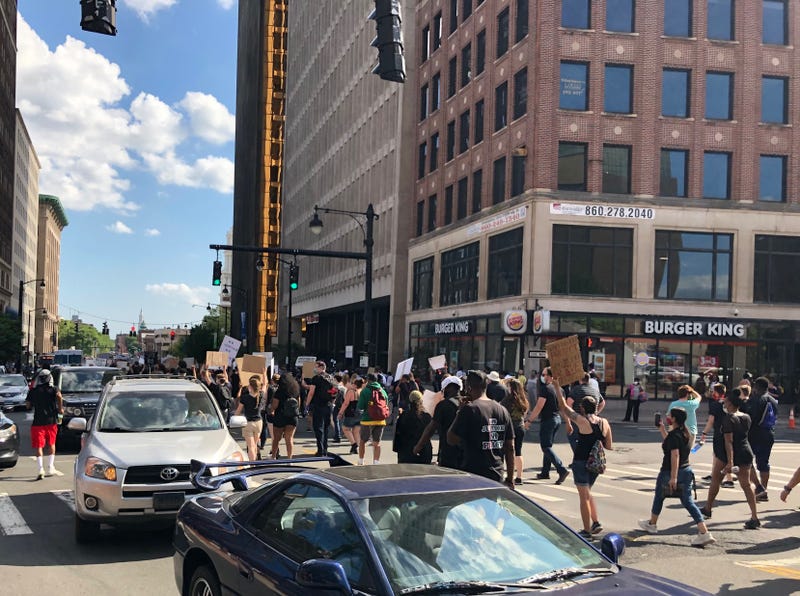 Calls for greater accountability will be heard around 1 p.m. outside Hartford City Hall on Saturday.

It comes after the "dead pool" wager, in which Detective Jeffrey Placzek sent out a text message proposing a wager on the first homicide location of 2021. Placzek was placed on leave for 120 days without pay and his return to the department is contingent on his passing of a fitness for duty evaluation and completion of a restorative justice program.

In a written statement Monday night, Chief Jason Thody says Placzek's conduct was "unacceptable and damaging both to our department and our community..." Chief Thody goes on further to say that when he read the text "...I was disgusted, angry, and disappointed."

Hartford Councilwoman Wildaliz Bermudez plans to attend the rally Saturday. She expects calls for the Chief's resignation and supports them herself, saying "...there has been problem after problem [in the department] that has emerged, including his own..." as she points to his fender-bender accident in his department-issued vehicle in summer 2020.

In that same written statement Monday night, Chief Thody says he plans to investigate this incident through next week. Discipline is expected for any supervisor who say the text message and did nothing in response (i.e., reporting it).

"...The fact that there ultimately was no betting pool does not change the fact that this warranted a serious response," says Chief Thody.