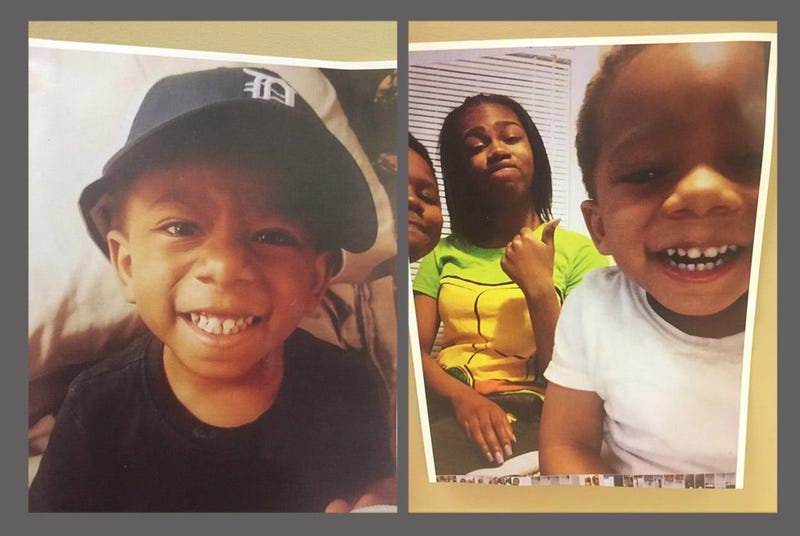 (WWJ) While it's always more pleasant to report uplifting stories, it's our job here at WWJ Newsradio 950 to provide the public with complete coverage of what happens in metro Detroit and across the state. As we wrap up another year of news, here's a look at ten of the most terrible crimes, in no particular order, of 2019.

Detroit Serial Killer: A man identified by police as a rapist serial killer has been charged with four counts of murder in the deaths of four women whose bodies were found on Detroit's east side. According to investigators, Deangelo Martin would target prostitutes and other vulnerable victims, lure them into abandoned homes, rape them, kill them, and pose their bodies. In addition to those crimes, Martin will also stand trial for the stabbing and sexual assault of another woman in May, and in the kidnapping and assault of a woman in June. He's been linked to fifth murder as he was the last person seen with a missing 64-year-old woman, whose remains were also found in a vacant home.

Murder of a Police Officer: Could his death have been prevented? Justice has yet to be served in the case of Detroit Police Officer Rasheen McClain, "a hero and a leader," who was fatally shot with a high-powered rifle at a home on the city's west side. His partner,  Felipe Batoum-Bisse, was wounded in the leg and survived, With charges still pending against the 28-year-old alleged cop killer, an "angry" Chief James Craig says he's looking into why the gunman, a parolee with a violent criminal history, was still on the loose when he'd been identified as a suspect in another shooting.

Fatal Dog Mauling: “It is horrible to imagine what Emma went through." The owner of three dogs that fatally mauled a little girl in Southwest Detroit awaits trial for murder. Emma Hernandez, 9, was riding her bike when three dogs -- described as pit bulls or pit-bull mixes -- got out of Pierre Cleveland's backyard and attacked. Prosecutors allege that Cleveland knew his dogs were dangerous, yet left them loose and unsecured in the yard while he left to go shopping.

Pregnant College Student Slain: A Southfield woman has been charged with first degree, premeditated murder in the shooting death of a University of Michigan Dearborn student-athlete. KaBria Arnold, 20, was shot multiple times the night of  Nov. 10, according to investigators, after leaving work at Meijer in Detroit. Arnold was a public health major who wanted to become a registered nurse, was pregnant, according to authorities. Gabrielle Marie Brantley, 24, is jailed without bond.

Toddler Killed In Freeway Shooting: Back in January, a 3-year-old boy was killed in a road rage shooting on the Southfield Freeway, on his way to see "Sesame Street Live." The child's godmother was driving when someone fired a single shot, striking Christian "CJ" Miller between the shoulder blades. MSP recovered a Mercedes believed to be the suspect vehicle, and 24-year-old Derrick Devon Durham turned himself in. After allegedly confessing, saying he was upset when the woman cut him off, awaits trial for murder.

Hate Crime In Detroit: An 18-year-old man remains behind bars, accused of shooting and killing three people because they were part of the LGBTQ community. Investigators say Devon Robinson took the lives of 21-year-old Alunte Davis, 20-year-old Timothy Blancher and 20-year-old Paris Cameron over the Memorial Day holiday weekend. Davis and Blancher were gay men and Cameron was a transgender woman, according to prosecutors. Robinson also allegedly also shot two more people, who survived. Robinson awaits trial on multiple charges, including  three counts of first-degree murder

Mother Kills 3 Daughters, Herself: The community was shocked and aggrieved when, in February of this year, authorities concluded that the shooting deaths of three children and their mother in western Michigan was a triple murder-suicide. Investigators 28-year-old Aubrianne Moore, took her daughters and a "bolt action hunting style rifle" into a wooded area in Solon Township, and shot them dead. She when loaded the bodies of 2-year-old Alaina Rau, 6-year-old Cassidy Rodery, and 8-year-old Kyrie Rodery -- into her vehicle, drove to her boyfriend's house where she shot herself outside her car.

Michigan Woman Dismembered: While this brutal crime took place in December of 2018, it was during the 2019 trial that the horrifying details of the case were revealed. A judge in western Michigan allowed photos of a 29-year-old woman's mutilated body to be used as evidence in the trial of a man charged in her slaying and dismemberment.  Ashley Young's torso was in the basement of her killer's Grand Rapids rental home. Later, more of her remains were discovered wrapped in a tarp in the basement, her tissue in the kitchen sink, and blood all over the house.  On Oct. 10 of this year, Jared Chance was sentenced to at least 100 years in prison.

Horrifying Animal Abuse: Public outcry went viral in the case of a tourtured dog. Alexander Gerth of Utica was charged with adopting a 2-year-old Sterling from the Michigan Humane Society, beating him, burning his face with cigarettes, eventually stabbing him numerous times and leaving him to die in a park. Gerth pleaded no contest to charges and was sentenced to three to six years in prison, after hundreds signed an online petition seeking the maximum penalty.

Video Shows Moments Before Murder: Authorities say a 20-year-old Warren woman who was fatally shot by her boyfriend Nov. 18 was recording a video as he loaded the gun with bullets just moments before pulling the trigger. India Mackey had just celebrated her birthday before she got into what would turn out to be a fatal argument with her boyfriend, 18-year-old Kevin Dixon. Now, Dixon could end up spending the rest of his life in prison after he allegedly took her life.

A Senseless Shooting:  Sometimes it's not just what happens, but why that disturbs us. A young Eastpointe man awaits trial for first degree murder, accused of killing another young man over a pair of designer glasses. It's alleged that, the night of May 25, Mario Martinez Buthia fatally shot 20-year-old Latae’o Nathan Garrett at a gas station on E. 7 Mile Road in Detroit. It is alleged that Buthia tried to take the victim's Cartier glasses; and when he resisted Buthia opened fire, striking him in the abdomen. Buthia remains jailed without bond.