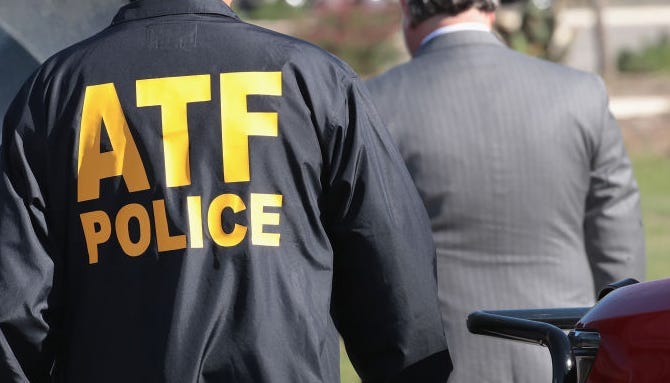 DETROIT (WWJ) - Two Detroit men, and an alleged accomplice from Redford, have been charged in connection with shots fired at federal agents with the U.S. Bureau of Alcohol, Tobacco, Firearms and Explosives.

According to the Wayne County Prosecutor's Office, two a ATF agents were in Detroit -- in the area of Morang Ave., near Morss and I-94 -- Monday afternoon, when the the trio sped by in a car with a shattered rear window.

The agents followed the vehicle until it pulled up to a house and a man got out, armed with a gun. The agents called Detroit police dispatch before following the car to another location, at Cedargrove and Queen streets, where prosecutors say another armed man got out and opened fire on the agents. No injuries were reported.

The agents then followed the vehicle from a distance to a third location on Mayfield Street where the two armed men, as well as a woman in the car, were arrested by the Detroit police.

All three are scheduled to be arraigned Thursday afternoon in 36th District Court.