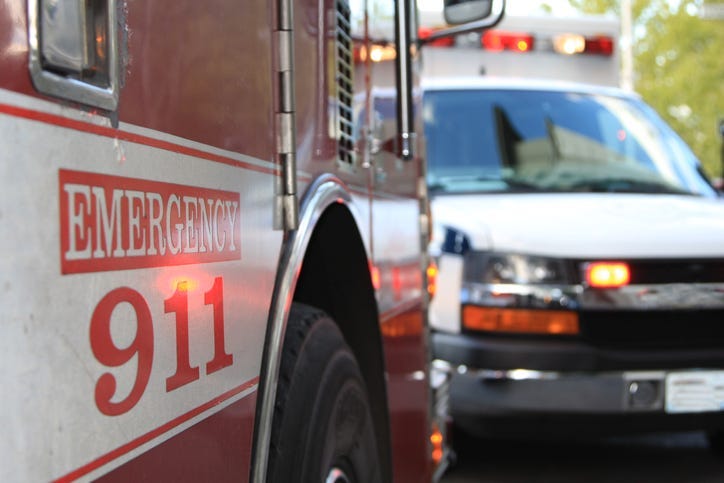 It happened at 4:15 p.m. Sunday, along on eastbound M-20, a few miles east of the Soaring Eagle Casino.

According to Isabella County Sheriff Michael Main, a Jeep driven by a 48-year-old man from Hemlock swerved, crossed the center line, and crashed head-on into an oncoming Chevy Avalanche pickup truck with a mother, father and child inside.

Main said the family in the Avalanche died, including the 43-year-old mom who was driving.

"She was critically injured and pinned in her vehicle," Main said. "The passenger was an adult male who was ejected through he windshield of that vehicle and then there was a small child...in the backseat, in a car seat, that either wasn't properly buckled or the child had unbuckled at some point during the trip prior to accident. The child was ejected from that car seat, was still in the vehicle."

The mother was taken by medical flight to a hospital where she died Sunday night, Main said. The Jeep driver was declared dead at the scene, but a female passenger in the Jeep survived.

She told deputies it appeared that the driver had some kind of medical issue before the crash. "(He was) coughing and may have passed out," Main said. "She wasn't quite sure it happened so quickly."

Autopsy results are pending as the investigation continues. Names were not immediately released.