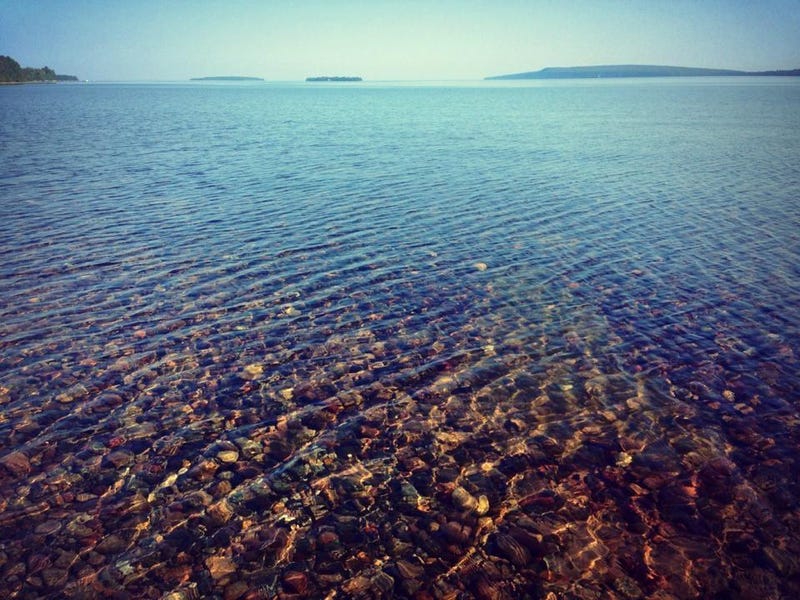 TRAVERSE CITY, Mich. (AP) — Five Democratic governors of states in the Great Lakes region Monday urged the candidates in next year’s presidential election to support a plan for safeguarding their shared waters by boosting federal spending on treatment plants and environmental cleanups.

Led by Gretchen Whitmer of Michigan, the governors proposed a six-point platform dealing with longtime scourges such as invasive species and harmful algae blooms, as well as the emerging threat of toxic PFAS chemicals. It also seeks to boost commercial shipping by improving ports and other infrastructure in the world’s largest freshwater network.

Whitmer told The Associated Press the plan’s release was timed to draw attention to issues affecting the lakes ahead of Democratic debates scheduled for Tuesday and Wednesday in Detroit. But she said the governors also hoped for support from Republican President Donald Trump.

“These are not Democratic or Republican issues,” Whitmer said. “This is about protecting this incredibly important resource that you can’t live without.”

In addition to Whitmer, the plan drew backing from Govs. Tony Evers of Wisconsin, Tim Walz of Minnesota, J.B. Pritzker of Illinois and Tom Wolf of Pennsylvania.

Whitmer said she had contacted the region’s other three governors — Democrat Andrew Cuomo of New York and Republicans Mike DeWine of Ohio and Eric Holcomb — but they declined to sign on.

Whitmer said DeWine’s staff had provided “a lot of input” as the policy was developed, despite his reluctance to endorse it publicly.

“I simply think it’s a political concern,” Whitmer said. “I know we’ve worked very closely on those policies and that’s why I feel comfortable pushing this out. I know there is bipartisan support for this agenda.”

A message seeking comment was left with DeWine’s office.

The president’s latest spending plan in February proposed cutting the program’s funding for the next fiscal year to $30 million. But a month later, during a rally in Grand Rapids, he reversed course and pledged $300 million.

He also has supported initial funding of a nearly $1 billion expansion of the Soo Locks, a crucial navigation link for vessels hauling iron ore and other commodities between Lake Superior and Lake Huron.

The governors’ platform calls for incrementally boosting the restoration initiative to $475 million a year, along with tripling federal funding for drinking water and wastewater treatment infrastructure.

It also requests funding of a plan to strengthen defenses against invasive Asian carp at the Brandon Road Lock and Dam in Illinois and help with cutting nutrient pollution of the western Lake Erie basin 40 percent by 2025.

Another proposal seeks stepped-up federal funding and standards to deal with perfluoroalkyl and polyfluoroalkyl substances, or PFAS, which are thousands of toxic chemicals used in products ranging from nonstick cookware to stain-resistant fabrics and firefighting foam. The compounds, which federal toxicologists have linked to health problems, have been detected in many drinking water systems.

“The Great Lakes are a vital natural resource to our entire nation, and ensuring American families have access to clean drinking water and a safe waterway system that supports our economy should be a priority for our next president,” Pritzker said.