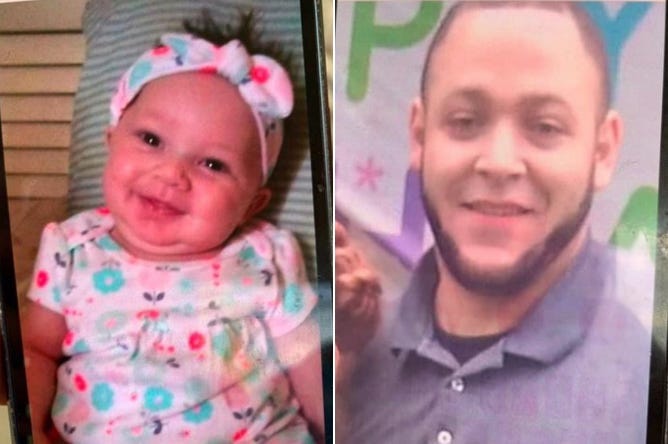 FLINT TOWNSHIP (WWJ) - A missing baby girl from the Flint area who was thought to be in danger has been found safe, but police are still trying to locate her father.

An endangered missing advisory for 6-month-old Myah Leigh Breed was issued Tuesday night after her biological father Michael Breed, who does not have parental rights, refused to return her to Child Protective Services.

"The child was given to him a couple days ago," Burton Police Sgt. Dave Powell told WWJ's Beth Fisher. "The mother had gone to jail and so the kid was handed over to the biological father to watch the child while she was in jail. He has no parental rights but he had the OK to watch the child."

Child Protective Services got involved in the case and brought the issue to court, which ordered Breed to relinquish Myah.

"So when they went to attempt to pick up the child up off Flushing Road, he took off with the child," said Powell. "That's when we got involved."

Officers attempted to make contact with Breed throughout the night and just before 8:30 a.m. Wednesday, police announced that Myah had been found safe.

Officers are still trying to locate Breed for questioning.