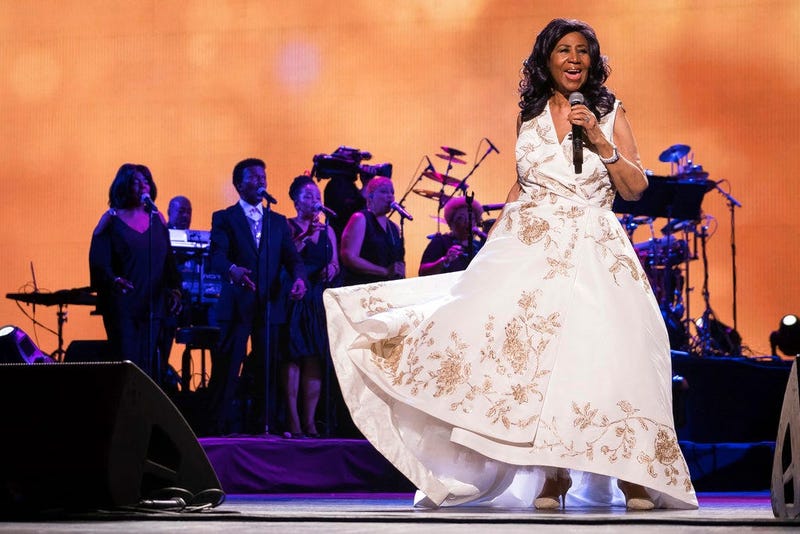 Photo credit FILE - In this April 19, 2017, file photo, Aretha Franklin performs at the world premiere of "Clive Davis: The Soundtrack of Our Lives" at Radio City Music Hall, during the 2017 Tribeca Film Festival in New York. (Photo by Charles Sykes/Invision/AP, File)
By WWJ Newsradio 950

(WWJ) The Detroit Institute of Arts will host a private viewing Monday night of a documentary centered around one of Aretha Franklin's legendary performances.

"Amazing Grace" will be shown today -- on what would've been Aretha's 77th birthday -- at the Detroit Film Theatre. The film was produced decades ago, chronicling her 1972 performance at the New Temple Missionary Baptist Church in Los Angeles, but was delayed because of a long list of legal issues.

The film will open nationwide on April 19th.

Per freep.com, expected guests include the Revs. Al Sharpton, William Barber II and Carlton Pearson, who were all longtime friends of Franklin's. The audience will also include about 300 attendees personally invited by the singer's family.

"The remaining 750 tickets were distributed by the evening's co-presenters: the DIA, the Charles H. Wright Museum of African American History and Freep Film Festival," freep.com reports.

Visitors are expected to get a treat. The movie, overseen by famed, Oscar-winning director Sydney Pollack, captures an electrifying two-day gospel session in 1972 at L.A.'s Missionary Temple Baptist Church, where Aretha recorded her top-selling double album of the same name.