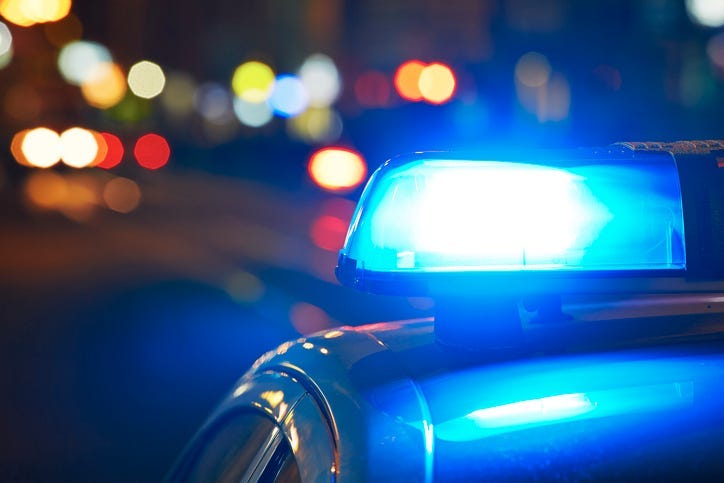 (WWJ) Walking while black? That's the offense many believe a man committed when he was stopped and surrounded by Royal Oak police Tuesday evening after they were called by a woman complaining that he had stared at her.

It happened on Fourth Street, outside the popular vegetarian restaurant Inn Season where the man was to meet his girlfriend for dinner. The area is just a few blocks away from downtown Royal Oak, a mostly white suburb that swells with visitors on weekends, and 15 miles north of predominantly black Detroit.

"Terrible -- Royal Oak, don't be black," says a woman who saw the encounter and stopped to record video for social media.

The man in question is Devin Myers, black, 20 years old, dressed in expensive-looking athleisure wear. He stays calm throughout his interaction with officers. At one point, four police officers are on the scene with lights flashing.

"If you're in Royal Oak, don't look -- police will pull up on you," says the woman shooting video. "This poor guy, he just wants to go get something to eat."

"And do not look at someone of a different color, they will call the police."

Police tell the woman filming the video that she's "inferring a lot" with assertions that the man is being questioned only for being black in Royal Oak. Officers say repeatedly they are only responding to a call. The caller appears to have said the man was staring at her in a threatening way.

The manager of Inn Season, Erin Frey, a white woman, waits with the man throughout police questioning. "That is totally messed up," Frey tells police, saying no one would call police on her if she had looked at the woman.

When a supervisor shows up, he asks the restaurant owner,"If someone calls, we're not supposed to respond?"

"It's not that big of a deal," one cop tells the restaurant owner near the end of the video, adding that all the hullaballoo is nonsense.

Eventually police release the man, his mom shows up and shames them for their response, and Inn Season gives him dinner for free.

Police will not comment on the matter beyond saying the matter will be investigated internally.