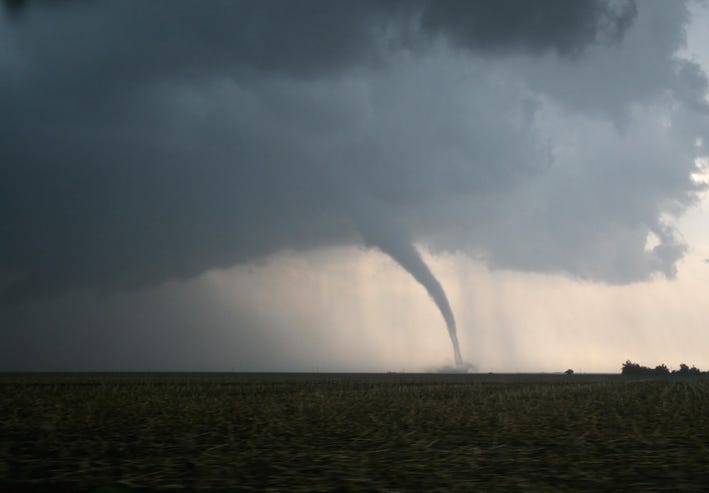 (WWJ) During a wild series of storms on Sunday evening, a tornado touched down in west Michigan's Barry County.

Authorities say severe thunderstorms that moved across Michigan spawned a weak tornado on the west side of the state that damaged barns and knocked down trees.

The National Weather Service says the tornado in Barry County was rated EF-0 and was on the ground for about three minutes. Top winds approached 80 miles per hour.

"It was just a few minutes at most," Jeruzal said. "This was a situation where the tornado spun up quickly and then it dissipated just as quickly."

Jeruzal says no one was hurt, but the tornado damaged a few barns on a farm and knocked down some trees and a telephone poll.