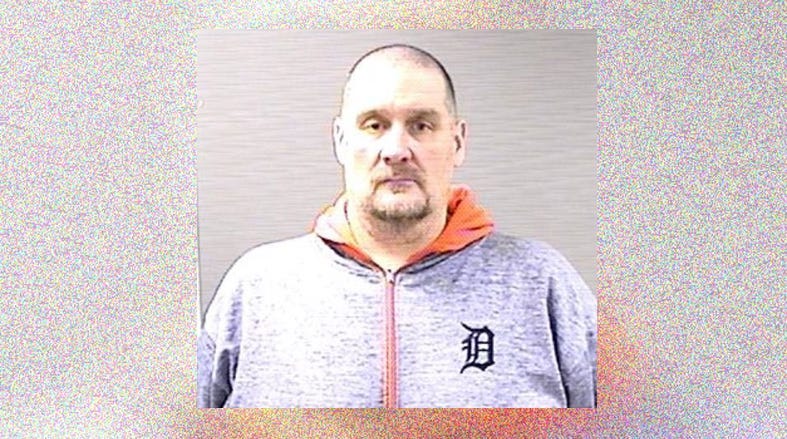 Shane David Fountain, 48, was arraigned in 41 B District Court in Clinton Township Monday in connection with the incident early this month.

Police said the victim, a 27-year-old Clinton Township woman, had been renting a room to Fountain in her home on Sunnyview Street, between 15 and 16 Mile roads near Gratiot.

On April 2, the woman said, he tricked, attacked and robbed her.

"In my 39 years, no, I haven't heard of a story like this," Clinton Township Police Captain Richard Mairle told WWJ's Sandra McNeill. "He had lured her into the garage, talking about he needed something. And there he tied her up with duct tape, attempted to strangle her."

According to prosecutors, Fountain said, “Sorry. This will be over soon," while choking the woman from behind.  She struggled to breathe and felt lightheaded. Fearing imminent death, she pretended to lose consciousness in hopes Fountain would stop strangling her.

Fountain then used duct tape to bind the victim’s hands behind her back and put tape over mouth. He also used the tape to tie her ankles together, police said, before he stole the victim's cell phone and $17,000 diamond engagement ring.

Mairle said he believes quick thinking by the woman, who then used used the metal edge of a shovel to cut herself loose, may have saved her life.

"She faked, you know, going unconscious...and she fell to the ground," Mairle said. "She was able to get out and called us."

Fountain fled following the incident but was arrested by Amtrak Police as he tried to board a train in Washington DC.  He was extradited back to Michigan and charged with the following: Assault with intent to rob while unarmed, assault with intent to do great bodily harm less than murder or by strangulation and unlawful imprisonment.

“This obviously was a terrifying experience for the complainant,” Macomb County Prosecutor Eric Smith said.  “This was fantastic police work by Clinton Township to coordinate with Amtrak and D.C. Police to get the suspect arrested.” Smith continued, “My office has already began working diligently to deliver justice for the complainant and ensure this defendant cannot commit such violence on anyone in the future.”

Police recovered the ring at a pawn shop in Detroit.