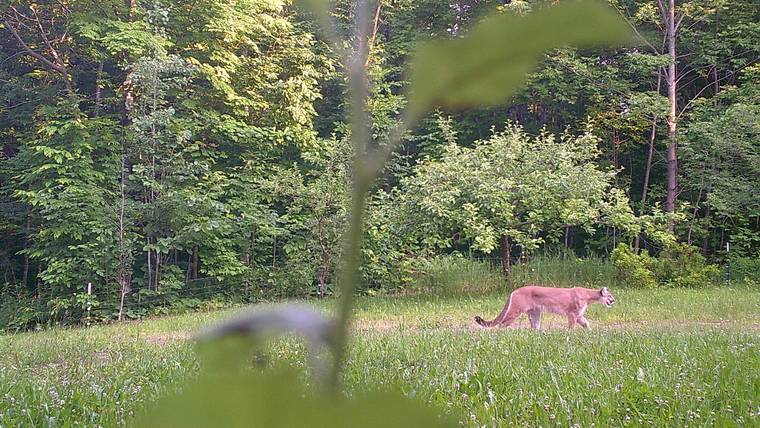 (WWJ) A cougar was spotted in the Upper Peninsula's Gogebic County in broad daylight.

The Department of Natural Resources says an owner of land in Ironwood spotted the mountain lion on their trail camera and reported it to officials.

Cougars are an endangered species in Michigan. This is only the 39th spotting in the state since 2008. All but one were in the U.P.

"Since 2008, the DNR has now confirmed 39 cougar reports with all but one of those occurring in the Upper Peninsula. In some cases, these reports may include multiple sightings of the same cougar, not necessarily 39 individual animals," WXYZ reported.

WXYZ added that genetic testing on tissue samples from two cougars poached in the U.P. showed the two animals "likely came from a population found generally in South Dakota, Wyoming and northwest Nebraska."

DNR wildlife biologists hold that that mountain lions found in this region were "males looking to establish territories, dispersing from a population west of Michigan, east of the Rocky Mountains."

In 2017, the Michigan DNR confirmed the first ever sighting of a cougar in Michigan's Lower Peninsula when a Haslett resident took a photograph of an animal from his vehicle in Bath Township near the DNR’s Rose Lake State Wildlife Area.