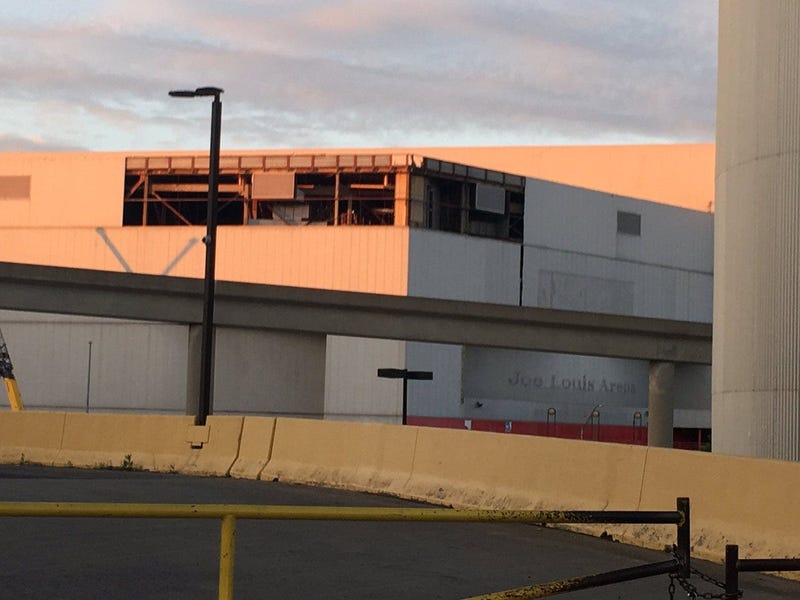 DETROIT (WWJ) - Demolition work on the Joe Louis Arena is in full swing.

Crews are now in the process of removing the stadium's exterior metal panels, which will take a couple of months. That will leave the roof, the roof trusses and steel columns exposed, along with the lower bowl of the arena.

The Joe Louis Arena is in the process of being torn down. The $10 million demolition project should be done by the end of the year or early 2020. @WWJ950 @FOX2News pic.twitter.com/lVz5N819YK

Crews are also in the process of demolishing the building's interior.

The demolition, which will run the city $10 million, is set to be completed by the end of the year or early 2020.

The Red Wings played at Joe Louis Arena from 1979 through 2017, before moving to the newly-built Little Caesars Arena. In addition to being the home base for four Stanley Cup championships, six Stanley Cup finals, various sporting events and concerts, the arena also hosted the 1980 Republican National Convention.

Once the arena is gone, the city is to hand over the 5-acre site, plus the nearby 3,200-space garage, to its former bondholder, the Financial Guaranty Insurance Co. Tentative "mixed-use development" plans for the site may include office, retail, commercial, recreation, residential, and possibly a riverfront hotel. Nothing is final just yet.