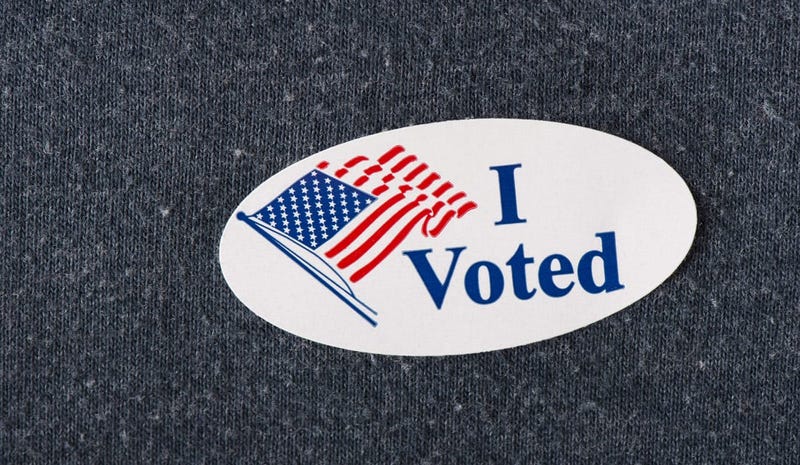 (WWJ) The state of Michigan and city of Detroit have announced a partnership for the upcoming election on Nov. 3 to insure the integrity of the process.

As part of the agreement, the city, Wayne County and state will work together to recruit and train more election workers, set up 14 new satellite clerk offices where voters can register and request and return absentee ballots starting October 5th, and revise protocols for counting ballots.

In addition, former Michigan Elections Director Chris Thomas has been hired to serve as a senior advisor and all four sports teams in Detroit have agreed to provide an assist. This makes Detroit the first city in the nation with all four of its top professional sports teams – the Detroit Red Wings, Tigers, Pistons and Lions – engaged with the city to promote voter education, provide staff election day off to serve as election workers, and use their arenas an sports facilities to support election administration.

This comes after Mayor Mike Duggan admitted there were mistakes made during the primary election in August, though he said none of the mistakes would've changed the outcomes of the election.

In August's primary, freep.com reported that in 363 out of the city’s 503 precincts — roughly 72% — the number of absentee ballots counted did not match the number recorded in the precinct’s poll book

Time Magazine also reported after the 2016 general election that more than 80 voting machines in Detroit malfunctioned on election day, which created ballot discrepancies in 59% of precincts.

In response, the Michigan Board of State Canvassers pushed for a state takeover of Detroit’s elections. This partnership entered the scene instead.

“Partnerships are critical to running smooth, secure elections and the additional staff, resources and support from the city, county and state will further strengthen our election system as we navigate this unprecedented time,” said Detroit City Clerk Janice Winfrey. “Detroit voters should feel completely confident that their voices will be heard when they cast their ballots ahead of and on November 3rd.”

With the resources provided through these partnerships Winfrey’s administration will add capacity and improve Detroit’s election system, including:

•      Opening 14 additional satellite clerk offices – for a total of 21 across the city – where voters can register and request and return absentee ballots starting October 5. The offices will be open six days a week, staffed by City of Detroit employees and operating in recreation centers and other facilities.

•      Installing more than 30 secure ballot drop boxes across the city that will be continuously monitored and secure.

•      Recruiting and training at least 6,000 election workers to ensure every one of the city’s 182 polling locations and 134 absentee counting board is fully staffed.

•      Little Caesars Arena will provide space for physically distant in person training for new election workers to ensure election workers and staff are fully prepared to execute their duties on Election Day.

•      Hiring additional staff to support the City clerk’s office, including Christopher Thomas, former Michigan Bureau of Elections Director, who will serve as a senior advisor.

•      Revising protocols for ballot counting and sorting to make more effective use of high-speed scanners (tabulators) and reduce the potential for error.

“The City of Detroit is committed to ensuring our elections are safe, secure, and accessible to all,” said Duggan.  “That is why I am making numerous City staff available to support Clerk Winfrey and her administration as they prepare for the election and many more available to serve as election workers on Election Day.”

The partnership is also supported by many of Detroit’s civic leaders.

“The November election looms large before each of us. Our very survival as a democracy is on the ballot. We are in the political war of our lives,” said Reverend Dr. Wendell Anthony, Detroit NAACP Chapter President and Fellowship Chapel Pastor. “Each of us regardless of where we have stood in the past must stand together for the future. Election participation and protection is paramount for those who believe in freedom.

"The NAACP will not only stand with but work with all of those who are determined to make certain that each and every vote is counted and accredited.”