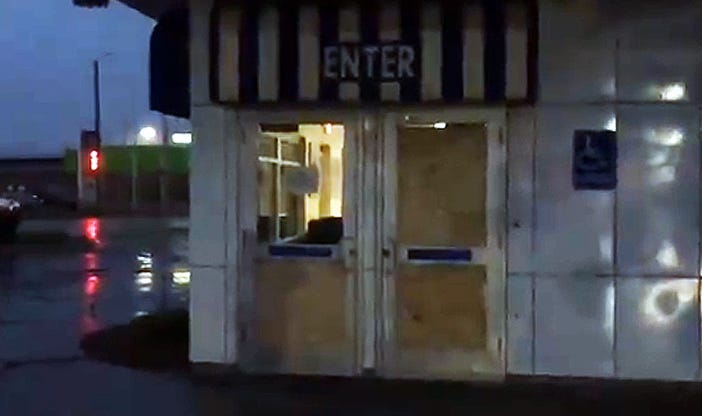 DETROIT (WWJ) - A 30-year-old man has been sentenced to life in prison without parole for gunning down three people at a west side Detroit White Castle last year.

William Wilbourn-Little of Detroit was convicted early this month of three counts of first-degree murder, plus charges of felon in possession and felony firearm in the deaths of 25-year-old Rashawn Harrington, 24-year-old Trevaughn Anthony and 20-year-old DeShawn Gadson.

In Wayne County Circuit Court on Monday, he was given three consecutive life sentences, as well as additional time for the gun charges.

Meanwhile, the Detroit News reports a second defendant, 26-year-old Timothy Pitts, faces charges identical to Wilbourn-Little's. He was arraigned Friday in Detroit's 36th District Court and remains held without bond awaiting his next hearing, set for May 31.

Police said a pair of masked men walked into the White Castle on W. Warren near Livernois at around 12:20 a.m. Sunday, September 9, 2018, and fired shots into the restaurant.  The men fled, and all three victims were pronounced dead at the scene.

The White Castle was closed for a short time following the shooting, as boards were put up to cover the bullet hole-riddled front windows.

Wilbourn-Little was then arrested and charged just over a month after the incident.

His girlfriend testified that she was in a car outside the restaurant and saw and heard everything. She said that Wilbourn-Little and Gadson knew each other and didn't get along.