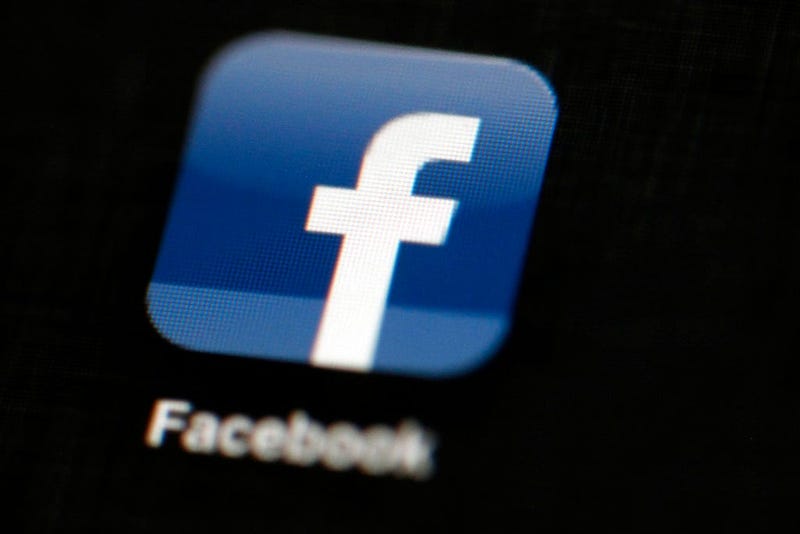 Photo credit In this May 16, 2012, file photo, the Facebook logo is displayed on an iPad in Philadelphia (AP Photo/Matt Rourke, File)
By WWJ Newsradio 950

(WWJ) Two of the most popular social media networks were having major issues for more than 10 hours on Wednesday.

Beginning at around noon on Wednesday, Facebook users in metro Detroit and across the U.S. were reporting issues with the website and app -- including login errors, inability to post comments or photos and problems uploading links, to name a few.

As of 11 p.m., Facebook appeared to be working again for many users. The company had not issued a statement about what happened.

Just before 2 p.m., Facebook issued a statement via Twitter saying: "We’re aware that some people are currently having trouble accessing the Facebook family of apps. We’re working to resolve the issue as soon as possible." The company added in a follow up message that the problems are not related to a hacking incident.

We’re aware that some people are currently having trouble accessing the Facebook family of apps. We’re working to resolve the issue as soon as possible.

We're focused on working to resolve the issue as soon as possible, but can confirm that the issue is not related to a DDoS attack.

According to downdetector.com, were more than 11,000 reports of Facebook problems at one point Wednesday afternoon. A live map shows it's apparently a global issue, with outages reported outside the U.S., too, including in India.

Trudy Lynne commented: "Totally down in upstate New York can’t do anything!"

Dee added, "I am unable to post a comment, I keep getting error message 'Something went wrong blah blah blah' FIX IT!!"

#Facebook is down or having service trouble, based on user reports/other sources https://t.co/F8PDm0N9HF ~bd

Is Facebook down for anyone else? I can't upload images currently on my personal or professional page.#FBdown #FacebookDown #Facebook

So far, Facebook has not offered an explanation for the issues, and there's no word on when things may be back in working order.