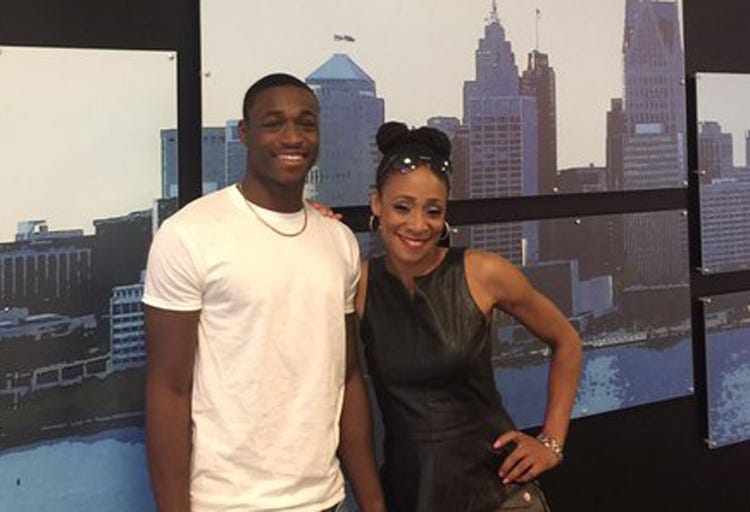 WWJ -- Most kids who go off to college more than 800 miles away from home have to worry about being far from family.

The 18-year-old Dawsey is headed off to play cornerback at Harvard University this fall and as he enrolls for his freshman season at the Ivy League school, he's got someone special coming along with him -- his mother.

Chastity Pratt, a long-time journalist in the Detroit area, is also headed to Harvard, as a recipient of the prestigious Nieman Fellowship, and she, too, will be enrolling at Harvard.

“I knew it was a big goal of hers and to see her accomplish that, just made me very proud,” Dawsey said.

Dawsey accepted an offer from Harvard last fall and shortly after that, his mother, began applying to fellowships across the northeast. Pratt, 45, found out in May she was one of 27 people from all over the world chosen for the fellowship program, where she will study, research, and participate in Nieman seminars, workshops and masterclasses.

“It’s crazy how I said I wanted to apply to these fellowships and then he gets recruited to the same schools where I was applying to the fellowships,” Pratt told WWJ’s Stephanie Davis. “And then his acceptance went through right before I was applying and I said, ‘you know, I’m going to apply and see what happens.’”

“Of course I was proud of her, proud of everything she accomplished,” Dawsey said.

Dawsey, coming off a trip to the MHSAA state semifinals with Groves a year ago, says he’ll be independent at college, but it will be nice to have mom close by.

“I’m not going to stray away from myself at all while I’m up there, regardless if she’s there or not. I was just kind of looking forward to being on my own,” he said with a laugh.

“Yeah, right. He’s going to be right there: ‘mom, cook some fried chicken,’” his mother joked.

Dawsey jokes that he was worried because he didn’t want her to be in any of his classes or going to the same parties he was.

“That would be pretty embarrassing, but I figured that wouldn’t be her,” he said.

Dawsey will study economics while playing for the Crimson, who are coming off a 6-4 season at the FCS level.