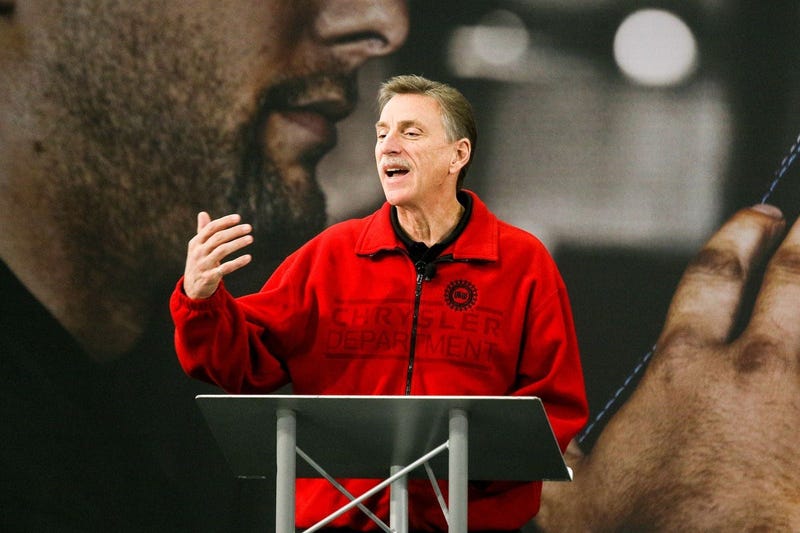 DETROIT (WWJ) -- A former vice president of the United Auto Workers is heading to federal prison for 15 months.

Norwood Jewell -- who had pleaded guilty to his role in a UAW scandal back in March, taking money from Fiat Chrysler that was earmarked for employee training and spending it on meals, golf and other perks -- learned his punishment Monday before U.S. District Court Judge Paul Borman in Detroit.

Jewell was accused of signing off on dinners at the London Chip House in Detroit that valued thousands of dollars, as well as golf and meals in Palm Springs, California. Several other UAW and FCA officials were also charged in the scandal.

Jewell, who became a vice president after working as a senior UAW official and dealt with Fiat Chrysler from 2014 through 2016, claimed that he entered into a culture of corruption that existed before his arrival.

U.S. Attorney Matthew Schneider did not buy that defense.

"What a real leadership person does, somebody who’s a real leader, is step in and change it. And you put your foot down and you say, ‘we’re not going to tolerate this anymore,'" Schneider said.

"It’s no defense to any federal crime ever to say, ‘it was like this before, so I’m just going to keep doing it,'" he said. “It’s never a defense to a federal crime to say, ‘everyone else is doing it, so therefore I will do it, too,’ That’s not what leaders do."

Borman's sentencing of 15 months in federal prison was in line with what prosecutors had requested. Borman said the seriousness of the defense had to be considered. Jewell has requested to self-report to federal prison in January.

Mike Booth, president of UAW Local 961, spoke in court at the sentencing, calling for prison time.

"How dare you spend your money on a lavish lifestyle, when that’s not your money to spend?"

Jewell said he was remorseful for the shadow he has cast on the union and collective bargaining.