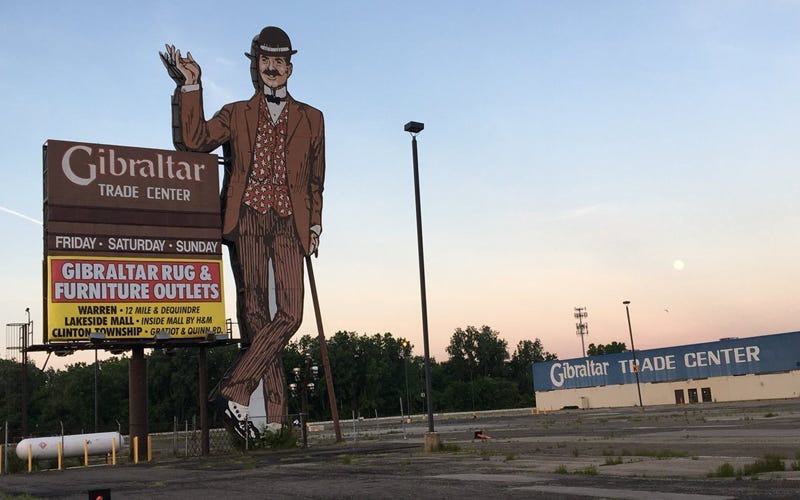 MT. CLEMENS (WWJ) - The Gibraltar Trade Center, once home to retailers selling everything from toys to guns, is set to become a marijuana facility.

"Yeah, I think it would be a great idea," said Christina Westfall, who agreed with most everyone eating breakfast at Gus' Coney Island that anything is better than an empty building.

The public market at Gibraltar closed in 2017.

"I think it's a good idea the building's going to be used now. It's not sitting there just rotting away; people breaking into it, vandalizing it," said Casey Reed. "So it's going to be going to a good use."

"I mean, people are gonna do what they're gonna do anyway," added Joe Houston. "So let the cards fall where they may."

With Michigan officials poised to launch a recreational marijuana market as soon as this fall, many metro community communities continue to weigh whether to or not to welcome the pot business. Mt. Clemens' neighbor Clinton Township recently rejected a plan for a big business there.

Mt. Clemens Mayor Barb Dempsey told the Macomb Daily city leaders took a year to study the issue, concluding that there is a need for medical marijuana, which has been legal in the state since 2008. She said the move is expected to generate about $65,000 in annual licensing fees.

A timeline for the Gibraltar plan is not known at this time. WWJ has calls out to city officials for more details.