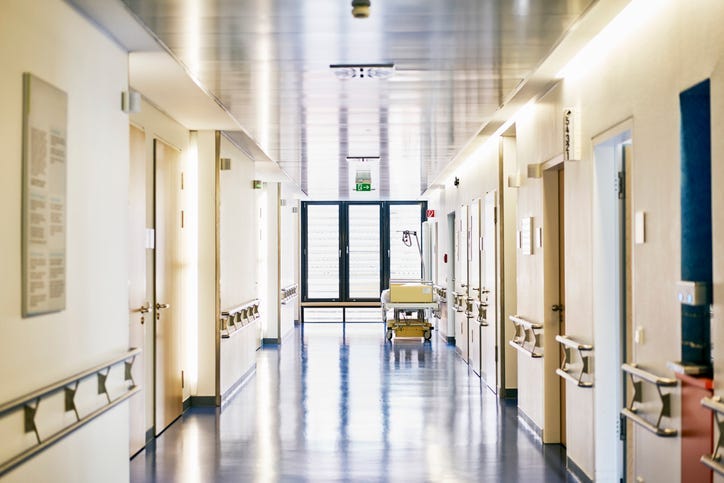 (WWJ) William Beaumont Hospital doctors in Dearborn, Farmington Hills, Taylor and Trenton report seeing an increased number of people with heat exhaustion as well as dehydration, COPD and asthma as the dangerous heat watch marches on.

What's sending them to the hospital?

One doctor says it’s not so much people getting heat exhaustion in their home lives, but people are suffering on the job in un-air-conditioned factories.

Beaumont Hospital staff in Dearborn say they're seeing patients with heat exhaustion and other patients on daily oxygen who have lung disease that are presenting with worsened symptoms and unable to breathe.

Downriver, staff at Beaumont in Taylor are seeing patients who work in factories presenting with heat exhaustion and dehydration, sometimes severe. It’s not so much people getting heat exhaustion in their personal lives; rather it’s people on the job in un-air-conditioned factories, staffers said.

And in Trenton, Dr. Arash Armin, chief of staff and chair of emergency medicine at Beaumont Hospital there, said, “We’re seeing a huge spike in ER visits and admissions of people with underlying lung disease, such as COPD, but everyone is at risk in this weather.”

Dr. Angel Chudler, an emergency medicine physician at Beaumont Hospital in Farmington Hills, said, “We have been seeing an increased number of heat-related illnesses, specifically the homeless and other people who don’t have air-conditioning. We’ve seen a lot of patients with asthma and COPD as well, who are at the highest risk, as well as people with diabetes. So, it’s important to keep your blood sugar under control. Staying hydrated is number one! Carry water with you wherever you go and continuously drink it to ensure you are urinating throughout the day, which is a good sign you’re staying hydrated enough."

Nearby, at Beaumont Hospital in Royal Oak, Dr. James Ziadeh, chair of emergency medicine, said they expect to see an increase in heat-related injuries in the emergency department this weekend.

"As the amount of time you spend outside increases, so does the risk. Common symptoms of heat exhaustion include fatigue, weakness, dizziness, confusion, headaches and muscle cramping. These are warning signs to immediately get out of the heat and into a cool area so you can rest and re-hydrate. If exposure continues, the risk of heat stroke, a much more serious situation, increases dramatically. Symptoms to watch for heat stroke include nausea and vomiting, worsening confusion, decreased urination, difficulty breathing, delirium and even seizures. The key point to remember during times of high heat and humidity is to do your best to avoid the heat in the first place, stay well hydrated and minimize exertion. In addition, certain individuals like the very young, the elderly, and those with significant underlying medical conditions are at an even higher risk and more precautions should be taken against heat exposure.”

Dr. Ziadeh continued, saying anyone with underlying disease who experiences fatigue, weakness, nausea, and a lightheaded feeling, difficulty in breathing or chest discomfort, especially in the setting of exertion during heat exposure, needs to get a health assessment.