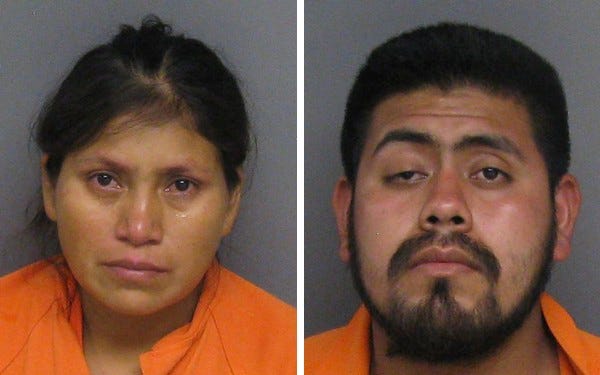 SANDUSKY, Mich. (WWJ/AP) - Two siblings who immigration authorities say were in the U.S. illegally have taken plea deals in the slaying of their co-worker in Michigan.

Sentencing is set for June 26.

According to the Sanilac County Sheriff's Office, the investigation began early in the morning of Sept. 1 when deputies were dispatched to a mobile home in Marlette Township on a call from a man who said he'd found blood and that his girlfriend, 42-year-old Brica Flores-Rivera, was missing.

Flores-Rivera's body was found the same day in a drainage ditch in nearby Buel Township, about 85 miles north of Detroit.

During the trial. a witness said during the trial that she'd driven the siblings to the trailer, where they'd instructed her to wait outside. There, the witness testified, she saw Vargas-Castillo, 33, beat and stabbed Flores-Rivera whom she allegedly believed was trying to poison her children and seduce her husband. Witnesses said Vargas-Castillo had asked Torres-Castillo for her help in confronting the woman.

U.S. Immigration and Customs Enforcement said suspects and then victim, who were all from Mexico, worked together at a dairy farm in Michigan.

Vargas-Castillo and Torres-Castillo each remain held on a $1 million cash bond.