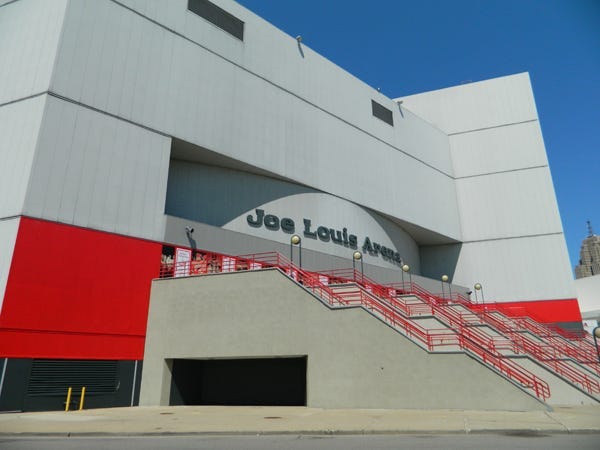 DETROIT (WWJ) - It's just about time to say a final farewell to The Joe.

Plans are moving forward for the demolition of the former home of the Red Wings in downtown Detroit.

According to Detroit Building Authority Director Tyrone Clifton, demolition of Joe Louis Arena is expected to begin in the next four to six weeks.

But don't, he said, expect to see a big implosion like the old Hudson's building. It'll be a "much more controlled" event.

"You'll see the disassembly of the building on the outside, probably by June or July, I would say," Clifton told WWJ's Sandra McNeill. "A lot of work is going to happen on the inside (before then) to get the structure ready to come down...So, it's more like a disassemble of the building."

"You'll see trucks coming down," he added. "But it won't be anything as dramatic as something ramming into the side of it and the building coming down."

Clifton said the entire demo project is expected to be completed by the end of the year, or early 2020 at the latest.

The Wings played at Joe Louis Arena from 1979 through 2017, before moving to the newly-built Little Caesars Arena. In addition to being the home base for four Stanley Cup championships, six Stanley Cup finals, various sporting events and concerts, the arena also hosted the 1980 Republican National Convention.

Once the arena is gone, the city is to hand over the 5-acre site, plus the nearby 3,200-space garage, to its former bondholder, the Financial Guaranty Insurance Co. Tentative "mixed-use development" plans for the site may include office, retail, commercial, recreation, residential, and possibly a riverfront hotel. Nothing is final just yet.