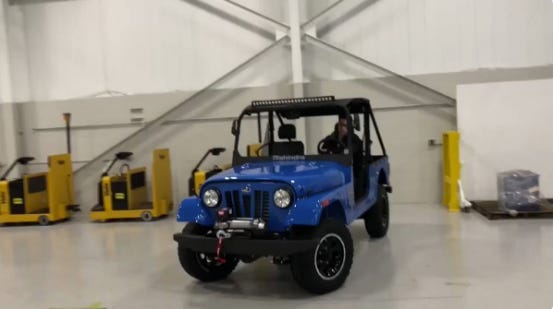 Mahindra Automotive announced Thursday it is evaluating the former plant as a place to build new mail delivery trucks if it wins a federal contract, as well as future products including new SUVs. Mahindra is one of five companies short-listed for the contract award, which is expected to be announced later this year.

"Winning the USPS contract is a key element of our growth strategy but it’s only a piece of what we have planned," Rick Haas, President and CEO of Mahindra Automotive North America, said in a statement. "We have a long-term product plan and we believe the former Buick City site in Flint is a strong contender for what would essentially be Mahindra’s first large scale manufacturing operation in the United States."

The expansion into Flint could mean 2,000 new jobs over the first five years. A timeline for a final decision on the Flint plant hasn't been released.

Mahindra already makes the ROXOR off-road vehicle in Auburn Hills, which also serves as its North American corporate headquarters. The company is also known for tractors and farm vehicles that have been sold in the U.S. for decades.  ​

Most of Buick City, where Detroit-based General Motors once built cars, closed in 1999, creating one of Michigan's largest brownfield sites. Portions of the property have already been redeveloped.