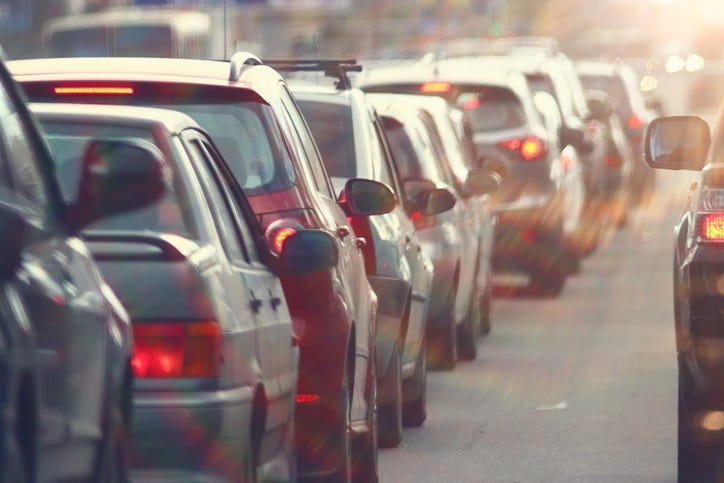 WWJ -- The Michigan Department of Transportation is making an effort to do something about the notorious heavily congested freeways in western Wayne County during rush-hour traffic.

MDOT is set to hold a meeting next week to discuss its future plans to bring flex routes to I-96 between I-275 in Novi and Kent Lake Road near New Hudson. Flex routes will allow commuters to use the median inside shoulder as a temporary third travel lane during the morning and evening rush hours that see heavy traffic heading to and from the Detroit area. After the peak hours, the lanes will be closed.

MDOT plans to use electronic signs above all lanes of traffic -- a green arrow will denote when a lane is open, while a red X will show when it is closed. The flex route system will also allow officials to use two lanes of traffic when a crash or other incident closes a lane.

The cost, around $100 million would include the installation of cameras, road sensors and the signage denoting open and closed lanes. MDOT officials anticipate construction will begin in 2021.

There is only one flex route system used in the state -- along US-23 between Brighton and Ann Arbor.

MDOT is holding a public, "open-house style" meeting to discuss the plans with commuters. The meeting is scheduled for Wednesday, Aug. 7, from 4 to 7 p.m. at the Novi Police Department training room at 45125 10 Mile Road.

WWJ's Jon Hewett spoke with several commuters along I-96 to get their thoughts on how bad the congestion is.

"Oh, Jesus. And you just sit there. It’s an accident or someone’s getting pulled over and who knows," Doug from Hartland, Mich., who makes the commute along I-96 every day, said.

He says the flex route system is a great idea. So, too, does Crystal of Whitmore Lake, whose commute takes her along US-23 between Ann Arbor and Brighton.

"It is better. When there’s an accident, it doesn’t matter," she said.