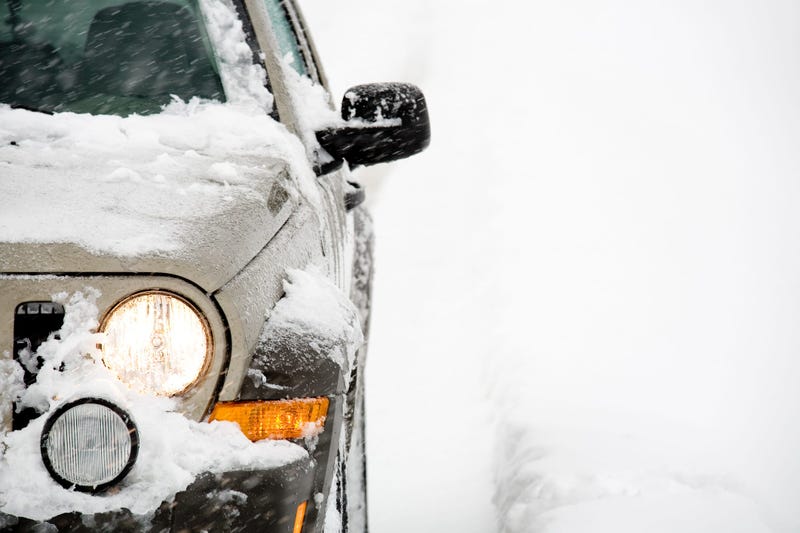 DETROIT (WWJ) -- Metro Detroiters woke up to a fresh batch of snow Sunday morning and forecasters say more is on the way, along with some blistering cold temperatures.

Metro Airport in Romulus recorded 3.8 inches overnight, while other areas, including Ann Arbor and southern Oakland County, saw between 2-3 inches.

The National Weather Service says a Winter Storm Advisory will go into effect for the Metro Detroit Monday at 7 a.m. and last until midnight, as 4-8 more inches of snow can be expected in the metro area. Oakland and Macomb Counties are expected to see 5-7" while Wayne and Washtenaw Counties are expecting 3-5" throughout the day.

Further north, near the Flint and Thumb areas could see up to a foot of snow, with a Winter Storm Warning goes into effect early Monday morning.

Accumulation on the roads will make for hazardous driving conditions during the morning and evening commutes and there will be significant reduction in visibility due to the snowfall.

"We began to treat the roads yesterday as the snow began to fall," Detroit city spokesperson Tiffany Crawford told WWJ. "We started by spraying salt on the major roadways and plowing as needed."

Not only will the snow be falling, so too will the temperatures.

The NWS says "dangerous cold" is on the way, with an Arctic air outbreak potentially breaking low temperature records Wednesday through Friday.

There will be "dangerous" wind chills between late Tuesday night into Saturday morning.

The wind chills could dip as low as -45 degrees Wednesday and Thursday mornings.

"We've had some places where I-75 was clear and then completely covered back up again," Bryson said.

Bryson says he and his crews are preparing for Monday's storm to be a strong one.

Detroit is offering several warming centers for homeless people and those seeking refuge from the cold.

Be sure to check the WWJ school closing page Monday morning and throughout the week to see if your school is closed.

Know before you go! Keep it tuned to WWJ Newsradio 950 for the latest forecast during traffic and weather, every 10 minutes on the 8s. >>LISTEN LIVE!