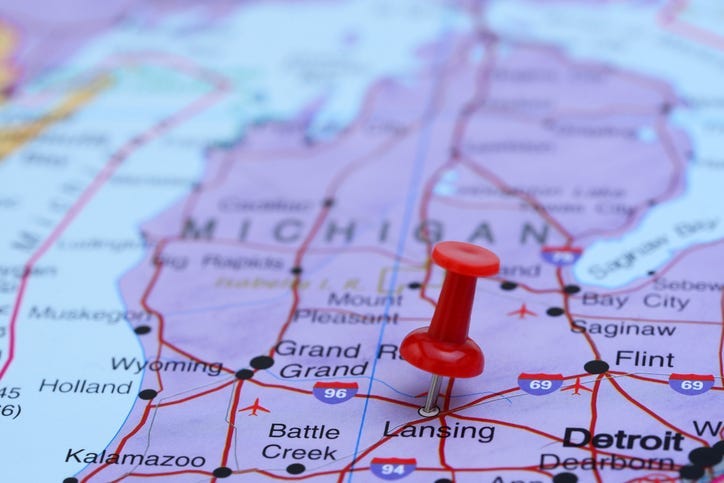 (WWJ) It was the diss heard 'round the world when Mountain Dew unveiled a colorful new graphic that showed the Upper Peninsula as part of Wisconsin.

Wisconsin! Let them have their giant cheese hats, but leave our beautiful U.P. alone.

After a outcry, Mountain Dew decided to make amends.

Mountain Dew promised to make the U.P. its own special bottle. And they came through. The new bottle was unveiled over the weekend at the Upper Peninsula Supply Company in Marquette, where people stood in line to get one of the 906 special bottles.

The Yoopers have spoken, I now have my own @MountainDew bottle. pic.twitter.com/YO8W1XUUd4

They will not be sold in stores.

The lines were long, but it looks like the wait was worth it: One of the bottles is listed on eBay from a seller in Canton with the starting bid of $600.

The label features a waterfall, a kayaker, snowmobiler, and the area code 906.

Nicole Portwood, Vice President of Marketing at Mountain Dew traveled from New York City to reveal the label personally, per UpperMichiganSource.com, which reporter she said the whole thing was all a happy accident because it gave her and her colleagues a chance to get an idea of what Upper Michigan is all about.

"The best thing I can say is thank you. Thank you for giving us an opportunity to right a wrong. Thank you for having a good sense of humor, for being so friendly and kind, for the warm welcome here and for helping us create really something that's one of a kind and unique, just like the Upper Peninsula,” Portwood announced.