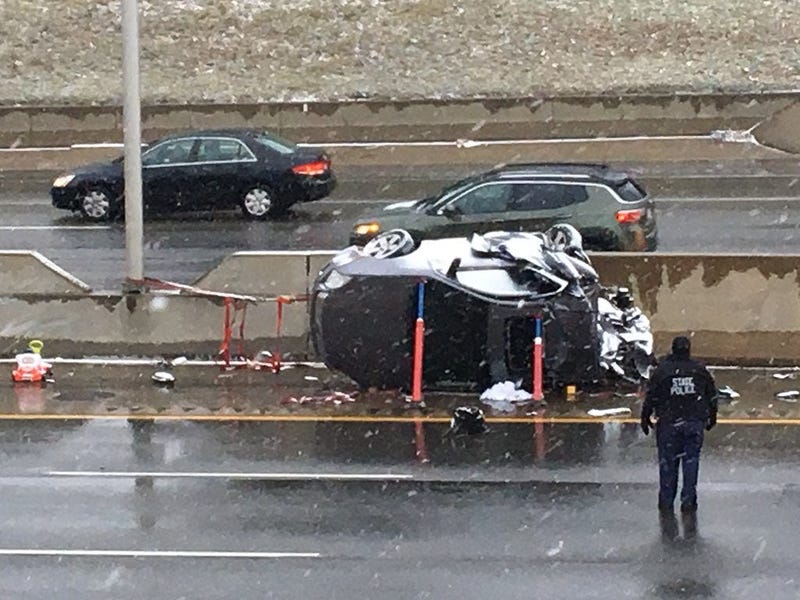 ST. CLAIR SHORES (WWJ) - Authorities say a child was killed and two other people were seriously injured in a crash along I-94 that had the freeway shut down for hours Tuesday morning.

The crash happened around 6 a.m. on eastbound I-94 at Martin Road, between 11 Mile and 12 Mile roads in St. Clair Shores.

According to Michigan State Police, a van was traveling in the left center lane when it changed into the left lane and rear-ended a passenger car.

A 1-year-old boy, who police said was properly restrained in a car seat, was killed in the crash.

Both drivers were taken to the hospital with serious injuries. Their current conditions are unknown.

Police, late in the morning, had said charges were possible against the van driver, a 37-year-old man from Toledo, who was custody.

However, State Police said that — after reinterviews with drivers and witnesses — that man was released late Tuesday afternoon "pending further investigation of new information."

UPDATE: Investigation has been completed and tow trucks are on scene. Clean up is wrapping up. We hope to have the freeway back open with in the hour. pic.twitter.com/wDZNdh2emz

Meanwhile, State Police Lt. Mike Shaw is asking that all drivers take their time and be more aware on the roads.

Eastbound I-94 was closed at I-696 for just over three hours while police were investigating the crash scene, but has since reopened to traffic.

For the latest from the roads, stay with WWJ Newsradio 950 during Traffic and Weather on the 8s, 24-hours a day. >>LISTEN LIVE!