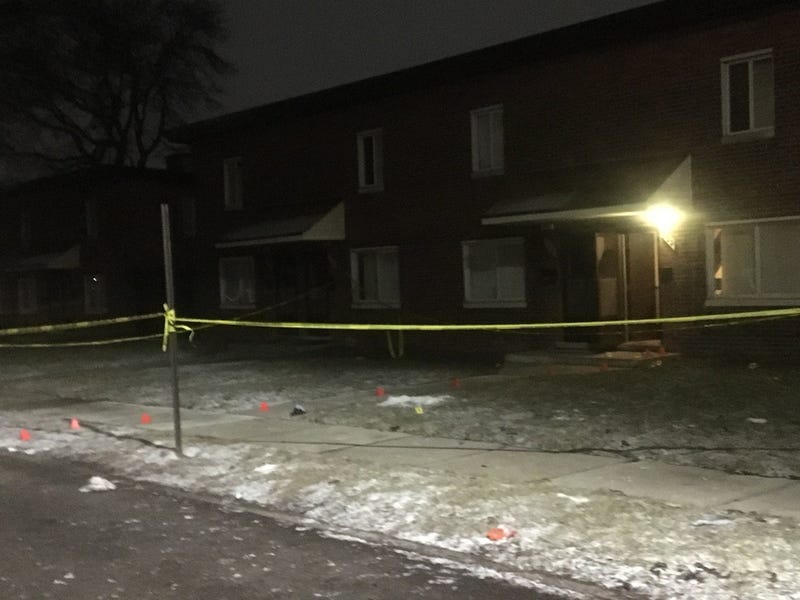 RIVER ROUGE (WWJ) - Two people were killed and another was injured when shots rang out at a public housing complex in River Rouge.

Three people were inside a townhome when the shooting occurred. Two people were fatally wounded and one person was taken to the hospital.

Reporting live from the scene, WWJ's Mike Campbell said multiple evidence markers led from the street up to the door of a townhouse. Investigators were also working the alleyway behind the complex.

Information on the victims has not been released.

Other circumstances, including what prompted the gunfire, weren't immediately clear. It's also unknown if police have a suspect.

Jade Barker lives across the street from where the shooting took place.

Stay with WWJ Newsradio 950 and WWJNewsradio.com for the latest. >>LISTEN LIVE!