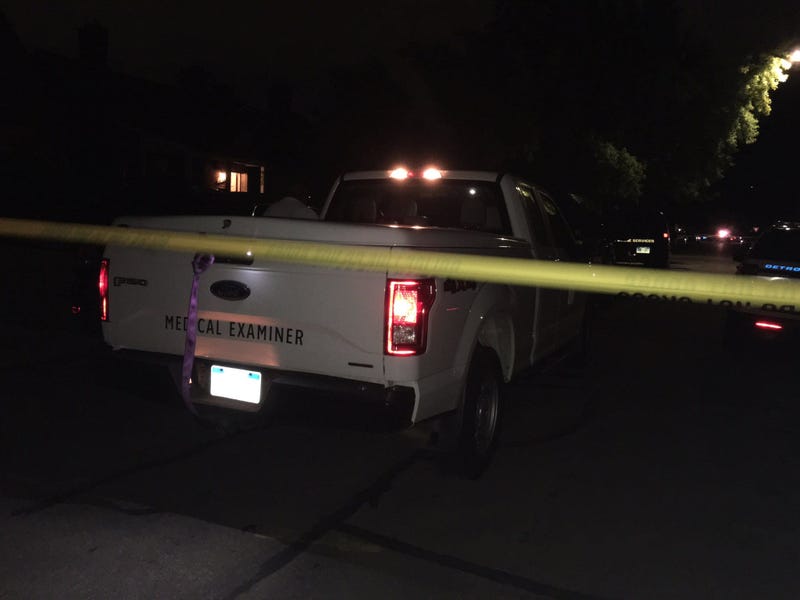 DETROIT (WWJ) - A knock at the door led to chaos and death at a home on Detroit's west side overnight.

The incident unfolded around 2:30 a.m. Thursday after a suspect knocked on the door of a home in the 18400 block of Robson, near 7 Mile Road just east of Greenfield Road.

A 28-year-old man answered the door and let the suspect inside, and that's when police say he pulled out a gun and began shooting. The man was shot in the mouth and taken to the hospital in temporary serious condition.

A 26-year-old woman was shot twice in the head and taken to the hospital in critical condition.

A 27-year-old man, identified by family members as Deontae Clark, was shot multiple times and pronounced dead at the scene. Relatives say he was visiting at the home when shots rang out.

The suspect fled the scene after the shooting and remains at large. He's described only as a black man armed with a handgun.

At this time, a motive for the shooting remains unknown. An investigation is ongoing.

Anyone with information is asked to contact police at 313-267-4600. Tips can also be submitted anonymously to Crime Stoppers at 1-800-SPEAK-UP.