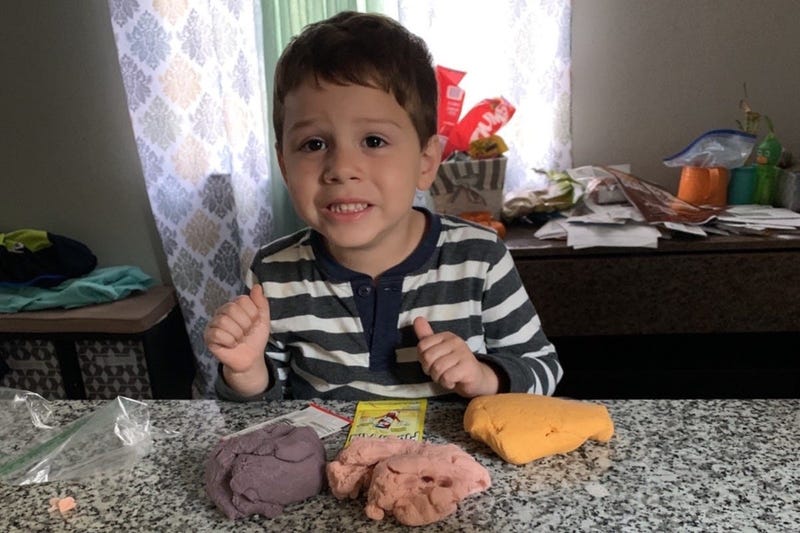 HAZEL PARK, Mich. (WWJ) -- A four-year-old boy is dead after being attacked by a dog inside his family's home Tuesday night.

Hazel Park police say they received a 911 call from a 14-year-old girl around 6:45 p.m. reporting that her mother was trying to stop a dog from attacking her brother. Upon arriving, officers found the dog actively attacking the boy, identified as Benjamin Cobb, inside the home and deployed their tasers and freed the boy from the dog, which ran out of the house.

Cobb, who sustained serious wounds to the body and neck, was immediately carried out to an ambulance and taken to a hospital, where he was pronounced dead.

A four-year-old child was mauled to death by a pitbull that his family was fostering in Hazel Park. The police had to taser the dog before it released the child. @WWJ950 @FOX2News pic.twitter.com/QbiiRfB8EZ

The mother was also taken to the hospital and treated for non-life-threatening dog bite injuries, according to police.

Authorities say the mother stabbed the dog with a knife in an attempt to defend her son. The dog was later located and secured by officers, before being taken to a local veterinarian and euthanized.

Police say the dog was a 60-lb. male pit bull that was being fostered by the family.

"A preliminary finding appears that this case was a tragic incident and the investigation continues to determine why the dog attacked the boy," police said in a statement. "The Hazel Park Police Department extends its sympathy to the family and friends of the deceased."

A GoFundMe has been established to help the family with expenses during this time.

This attack comes two months after a 9-year-old girl was attacked by three pit bulls in an alley in Detroit.