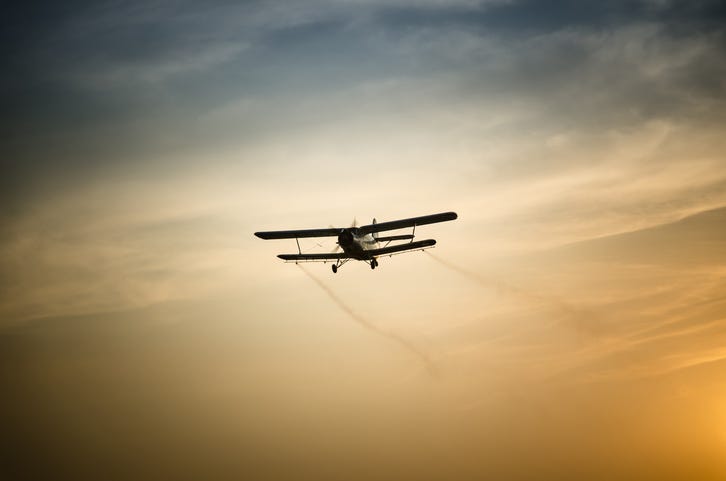 (WWJ) The Michigan Department of Health and Human Services says it's treated several hundred-thousand acres of land in an effort to stop the spread of the potentially deadly Eastern Equine Encephalitis virus.

More than 462,000 acres of land in Michigan have been sprayed from small planes in the the sky to prevent a spread of EEE -- one of the most dangerous mosquito-borne diseases in the U.S.

EEE can be fatal, and it often leaves survivors with brain damage. Six people in Michigan died after contracting EEE in 2019.

So far this season, officials say the illness has been confirmed in one person in the state, in Barry County.

Another case in a human is suspected in Montcalm County, according to the health department, and EEE has been found in 30 horses ans two deer in Michigan this year. There have been no human deaths from EEE recorded in Michigan so far in 2020.

Along with Montcalm and Barry, areas that have been sprayed are in Oakland, Jackson and Livingston counties. Find a map of the treated areas HERE.

Health department officials say no additional treatment is planned at this time, as season will be wrapping up in Michigan in the coming weeks.

MDHHS says the mosquito that carries EEE does not fly at temperatures below 50 degrees F.

Until the first hard freeze, however, Michiganders are urged to continue to protect themselves by:

Residents are encouraged to visit Michigan.gov/EEE for the latest information.