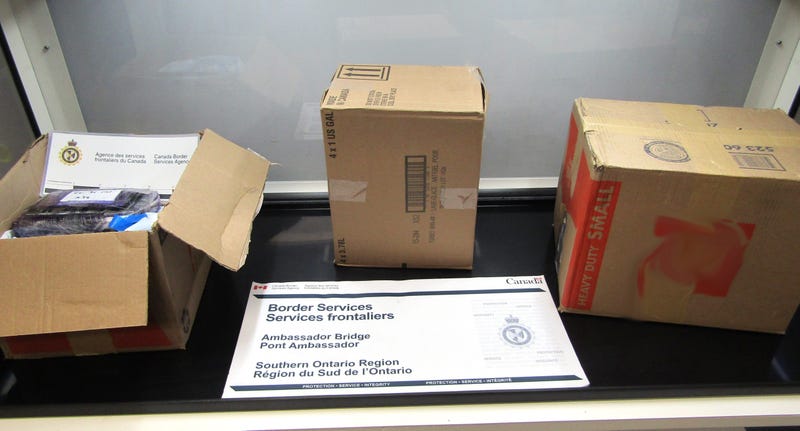 (WWJ) The border between Detroit and Windsor is closed to non-essential traffic. But before that happened, Canadian authorities seized almost $5 million worth of cocaine.

On March 17, The Canada Border Services Agency said it seized a truck that had crossed the Ambassador Bridge that contained almost 84 lbs. of cocaine mixed in with a load of citrus fruit.

The two Canadian men in the truck were arrested.

The pair is scheduled to appear in court on June 8, at the Ontario Court of Justice in Windsor, Ontario.

“The Canada Border Services Agency wants to send a very clear message. We are absolutely committed to working with our enforcement partners, such as the RCMP, to safeguard Canadians; especially during these trying times. We remain committed to keeping narcotics out of our communities," said Joe McMahon, District Director, Ambassador Bridge District Operations, Canada Border Services Agency, in a release.

"This seizure is indicative of how both of our agencies work well together to keep our communities safe. This partnership is essential in order to keep illicit drugs off of the streets, added Superintendent Nancy Burniston, South West District Commander, RCMP.

According to the federal government, around 600 lbs. of cocaine in total was seized at the Detroit/Windsor border in 2019.