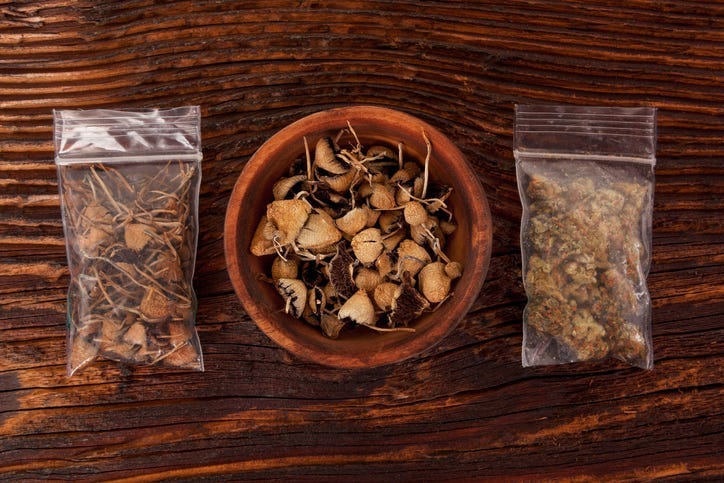 (WWJ) Now that marijuana is legal in Michigan, are psychedelic mushrooms next?

Ann Arbor could be the first city in in the state to loosen up laws regarding magic mushrooms or shrooms, as they are sometimes called.

A resolutions that would decriminalize hallucinogenic mushrooms and other plant-based psychedelic drugs or "entheogensms" is expected to come ot a vote Monday night's City Council meeting.

Councilmember Jeff Hayner, who introduced the plan, says decriminalization of naturally occurring medicines is necessary for progress. "We can no longer turn a blind eye towards the wisdom of indigenous peoples, and the bounty the earth provides. I have been moved by the testimonies of those who have found profound relief from the use of entheogenic plants," said Hayner.

As for why now, DNA2 says mental health issues are projected to increase and persist in the aftermath of the COVID-19 pandemic, and that entheogens have great potential to address to help people deal with them/

"We need to make clear progress with these breakthrough plant-based compounds before COVID-19 is finished, not after," said Chuck Ream, DNA2 Political Advisor.

Supporters are hoping for a final approval of the resolution in November 2020.

If council members decline to act on the resolution, a ballot initiative will be launched to put the issue in front of voters.

"We've received a lot of interest and positive feedback from council members, residents, the surrounding community, and local activists," added DNA2 Executive Director Julie Barron, "We feel confident that we can win at the city council level, but we are fully prepared to go the ballot initiative route if needed."