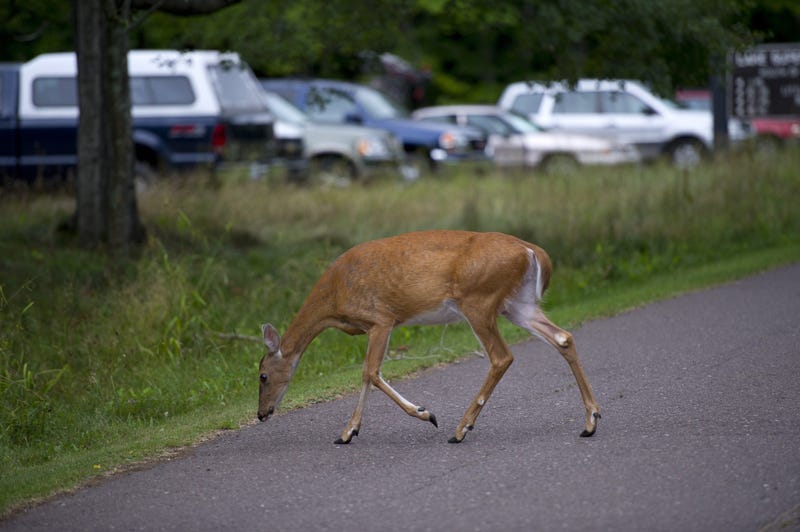 (WWJ) Not done hunting quite yet? No problem.

Hunters still hoping to take a deer this season can plan to bowhunt through the end of January in Southeast Michigan.

The Michigan Department of Natural Resources has announced an extended archery deer season in Macomb, Oakland and Wayne counties – an urban deer management zone – available through the third and final year of a DNR's pilot program announced two years ago.

Chad Stewart, the DNR’s deer, elk and moose program leader, said that the extended hunt is both a chance for hunters to pursue some high-quality deer and an opportunity for local officials to manage urban deer conflicts in their communities.

“Archery hunters can take advantage of some excellent hunting in January,” Stewart said. “This longer season also is a fairly low-cost first attempt for municipalities to help reduce the conflicts that arise when deer numbers rise in more populated, urban areas.”

Stewart said that hunting can be an effective way to decrease human/deer conflicts, by controlling deer population numbers in affected areas. Communities may wish to open parks or other natural areas to archery deer hunting.

The archery deer hunting season in Macomb, Oakland and Wayne counties is extended through Jan. 31. As to if it might continue next season, officials say the DNR will evaluate the pilot program’s results after this season closes and determine what they'll recommend.

Then, during the deer regulations cycle in 2020, the Michigan Natural Resources Commission will decide if the program will be extended.

Licenses for this season include a deer license, a deer combination license or an antlerless deer license valid for Macomb, Oakland or Wayne counties. All rules and regulations for the archery season apply.

Hunters should check with local ordinances in the communities they are interested in hunting to make sure hunting is allowed or to see whether only specific areas are open for the extended season. State game and wildlife areas in all three counties are open to hunting during this extended season.

Hunters should note that a ban on deer baiting and feeding remains in effect in Michigan. While the Legislature this week approved a bill to overturn the ban, Gov. Gretchen Whitmer is expected to veto it due to concerns about the spread of chronic wasting disease.

Deer hunting regulations, including archery equipment restrictions, can be found in the 2019 Hunting Digest or by visiting Michigan.gov/Deer.

MORE: Ann Arbor To Kill Up To 150 Deer Due To Overpopulation