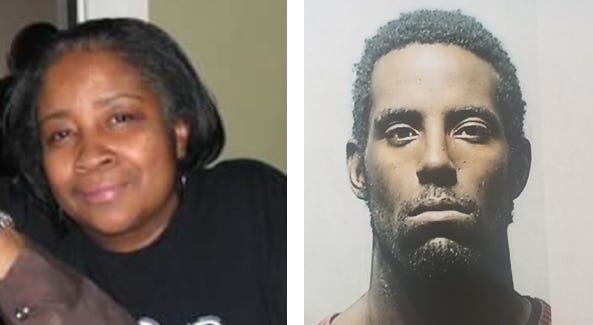 DETROIT (WWJ) - The Wayne County Medical Examiner's Office has identified the remains of a woman long feared a victim of a suspected Detroit serial killer.

After months of testing, authorities have confirmed it was the body of 64-year-old Deborah Reynolds that was found last December in a home on Annin St., just off Woodward Ave. in Detroit.

That house is not far from where Reynolds was last seen alive back in August of 2018 with DeAngelo Martin, who is charged with murdering four other women also found dead in vacant Detroit homes.

Reynolds was identified by Detroit police as a possible victim of Martin after Ferndale police detailed an encounted officers had with Reynolds and Martin on Aug. 3, 2018.

Responding to a report of "suspicious or disorderly people" at an east Ferndale 7-11, police found Martin and Reynolds sitting outside with an open container of alcohol. Each was offered a portable breath test. Martin was above the legal limit, police said, while Reynolds’ test was inconclusive.

Police said Reynolds was seen drinking from the open container and was issued a citation for open intoxicant in public. Martin, however, wasn't seen drinking and was not ticketed. Following the incident, Ferndale officers drove the pair to a location of their choosing, near Woodward Ave. and State Fair in Detroit.

It wasn't until several weeks later that Ferndale police learned Reynolds had been reported missing by family. At that time, police said, they looked carefully at their encounters with Martin, particularly the Aug. 3 incident with Reynolds.

An earlier release by Detroit police said Reynolds was last seen by her brother in the area of Oakland and Clay in Detroit on Aug. 2, just a day before she was seen with Martin in Ferndale. Her family didn't hear from her after that.

Martin, who remains jailed without bond in other rape and murder cases, has not been charged in Reynolds' death.

A judge early this month referred Martin forensic testing to determine whether he's competent to stand trial. His next court appearance is set for Dec. 6.