(WWJ) Two people were injured when a camper exploded in Northern Michigan.

It happened Friday morning at Veterans Memorial State Forest Campground in Beulah, southwest of Traverse City and north of Manistee in Benzie County.

According to Michigan State Police, two people — a husband and wife — were inside the camper at the time.

The husband turned on the propane and attempted to light the stove when the camper exploded, police said. The roof collapsed and the side blew out.

Police said the husband held up the roof, allowing his wife to escape. 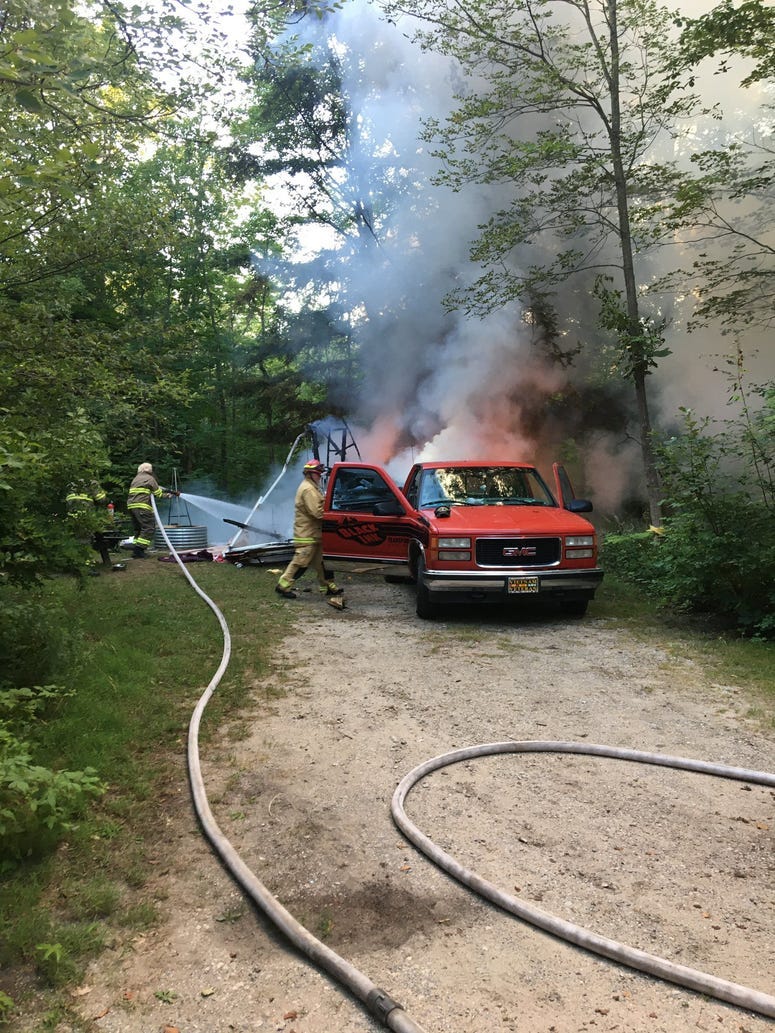 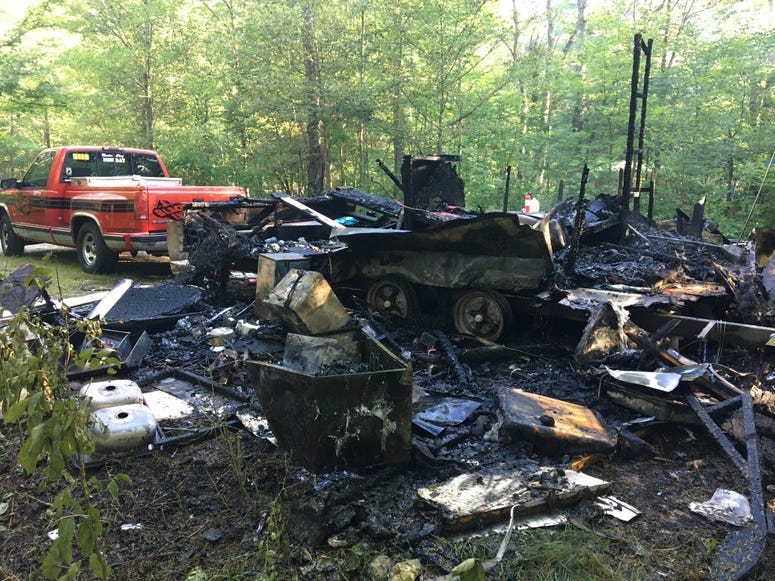 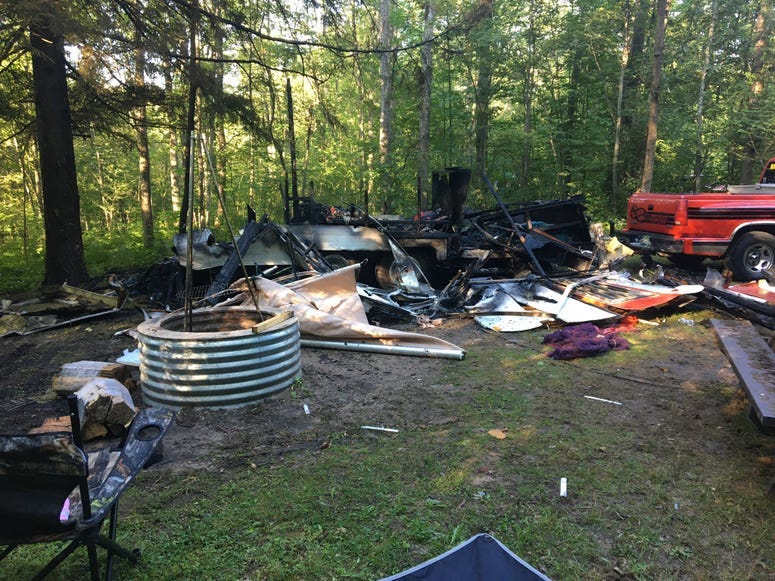 Firefighters responded to the campground and put the fire out. Photos provided by MSP show the camper was completely destroyed, with only the wheels and a small portion of the frame recognizable.

The wife was being treated at Munson Medical Center in Traverse City, police said, where she was last reported in stable condition. The husband was sent to a hospital in Grand Rapids where his condition is unknown at this time.

Their names and ages were not released, but police said they are Beulah residents.