DETROIT (WWJ) - A gunman who shot two Detroit police officers, killing one of them, wanted suicide by cop and appeared to have tactical training.

That's according to Detroit Police Chief James Craig, who on Thursday released more information about Wednesday night's deadly shootout on the city's west side. 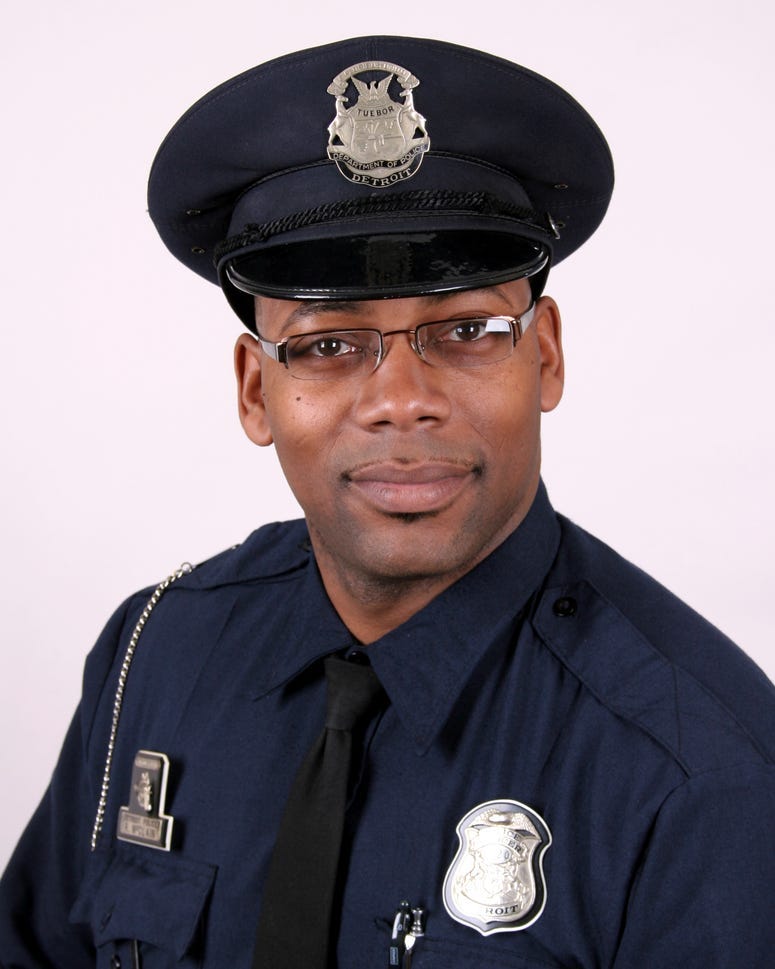 McClain died after he was shot in the neck while walking down stairs in an attempt to catch a convicted felon who had broken into a home looking for an estranged girlfriend, near Wyoming and 8 Mile Rd, according to police.

When the officers got halfway down the staircase, Craig said the gunman fired two "very tactical" shots.

"Having had tactical training, he was very target specific. He knew what he he had planned to do," Craig said. "He fires one shot, hitting one officer; a second shot, hitting the second officer."

"It’s very clear he was trying to bait the officers.”

McClain's partner, Felipe Batoum-Bisse, was shot in the leg and remains hospitalized.

Mayor Mike Duggan said this situation shows that Detroit has the "finest officers in America."

The 28-year old suspect, who was out on parole after serving time for several violent crimes, remains in custody at the hospital. His name has not yet been released.

McClain is the 239th DPD officer killed in the line of duty, and the first this year.

“This is a stark reminder of what police officers in Detroit, Wayne County, and across this country face every minute of every day," said Wayne County Prosecutor Kym Worthy. "They sign up to do this. They run into danger to protect us. We must never forget this and should not need a horrible tragedy to remind us."

MORE: 1 Officer Killed, 1 In Serious Condition After Shooting On Detroit's West Side