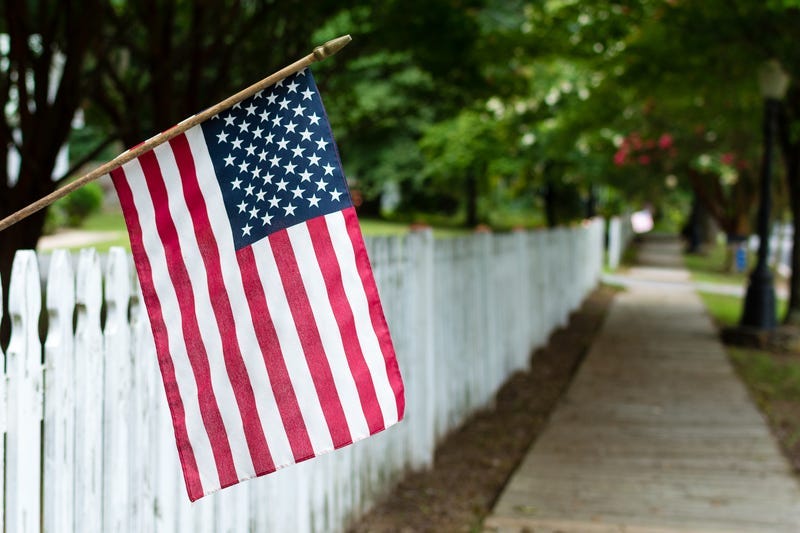 (WWJ) Communities across Oakland County are trying to make the most of their Memorial Day traditions even amid the COVID-19 pandemic.

The Memorial Day celebration in Birmingham, which previously attracted hundreds to Shain Park was limited to just 10 people.

For the first time in Birmingham’s longstanding tradition, no veterans were acknowledged and honored in person.

The band was replaced by a “lone bugler,” as reported by WWJ’s Jon Hewett, who played while the American flag rose to the top of the flag pole.

Birmingham Mayor Pierre Boutros said we can all can learn a lot from soldiers and veterans amid the COVID-19 pandemic.

“Military successes are not fully based on the triumph of one general, but rather the action of an entire division, fleet or major command that come together as a unified force,” Boutros said during his speech. “…As communities, we can also find our successes on the premise of uniting. Together, we are stronger.”

The ceremony was livestreamed on Facebook so the community could watch it.

“I think Memorial Day is a day of remembrance of those who lost their lives in service to our country….” Air Force Colonel Stigelman said at Novi’s ceremony. “…Freedom is the pinnacle of our country and those freedoms are not free.”

Rochester forewent its annual tradition of a community gathering in the historic Avon Cemetery on Memorial Day.

“Our soldiers have fought to free people who were enslaved, restore peace where there was conflict, and ensured justice where there was evil,” Bikson said in the video. “In the final judgement of history, I believe it will show that our soldiers will have made the world a better place for all people.”