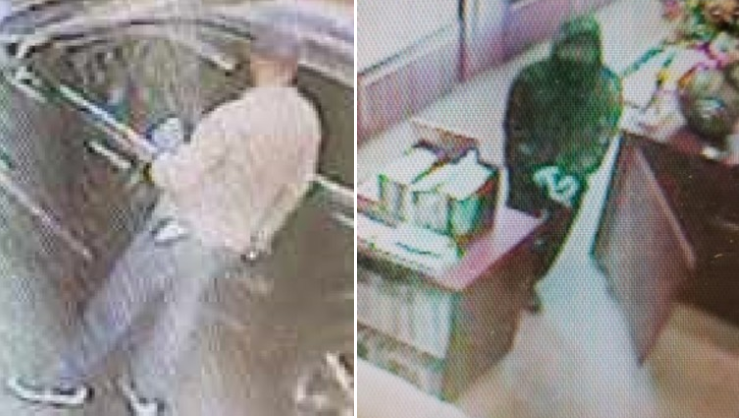 (WWJ) Dearborn Police have released some photos as they hunt for a pair of gunmen who robbed a local jewelry store.

Investigators say, at around 5:30 p.m. Wednesday, the suspects went into Hak's Jewelry on Warren Avenue near Wyoming — and left with assorted stolen jewelry items.

Both armed were armed with handguns, according to Dearborn Police Chief Ronald Haddad.

They are wanted on charges of armed robbery,

As the investigation continues, police are asking for tips from the public.

"Brazen acts of violent crime will not be tolerated in the City of Dearborn, and with the assistance of the community, the suspects will be brought to justice," said Haddad, in a statement.