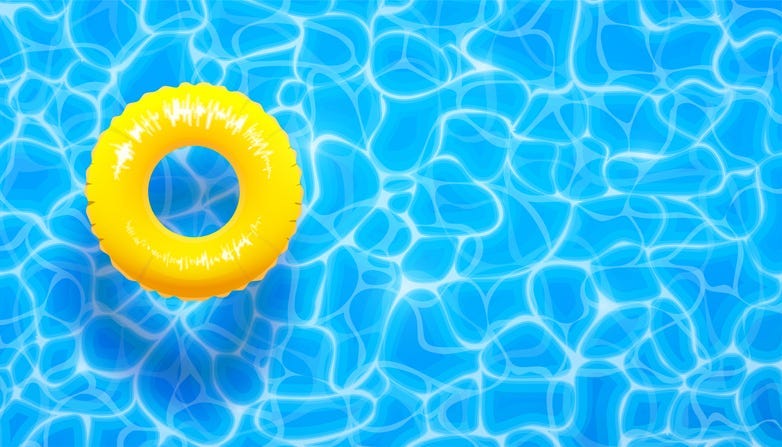 (WWJ) With schools shuttered, fitness studios closed and all forms of public entertainment shut down for now, the bright blue waters of a backyard pool is a siren song for people across the country. But if you want to stay home and stay safe while swimming this summer, you'll need to be patient.

Backyard pool companies in metro Detroit are working overtime trying to meet a surge in demand created by orders and closures due to the coronavirus.

Nationally, sales of pools and pool-related products on Amazon nearly doubled this April compared to April 2019, a spokeswoman said.

At Viscount Pools and Spas in Madison Heights, owner Bob Zerkowski says if it holds or shoots water, it's sold. Customers, he said, have been driving in from as far as Lansing, Windsor and Ohio to buy above-ground pools or to have their existing pools repaired for a summer at home.

Dewey reported Tuesday that in the seven minutes that he was on phone with Zerkowski, the pool store answered 17 phone calls.

"This movement started probably about a week after the governor shut down the state the first time, and it has been rolling like a snowball in the Himalayas," Zerkowski said.

While Zerkowski said they've crammed about two months of pool business into two weeks, they're having trouble keeping up withe demand.

"The manufacturers all shut down so they flipped the switch," he added, "and how that the switch got flipped back on it's a slow startup. And the demand far exceeds the supply."

Zerkowski said Tuesday was their first day offering curbside service, and said he has a newfound respect for pizza shops operating during the pandemic.

This all comes as community pools and splash pads — usually packed Memorial Day weekend and on — remain closed in metro Detroit. However, most beach areas are open, with vistiors urged to spread out and practice safe social distancing.

Sales of pools are so strong that a witness at Big Lots in West Babylon, New Jersey, told Newsday he saw a truck unloading pools and people “panic-buying” them.