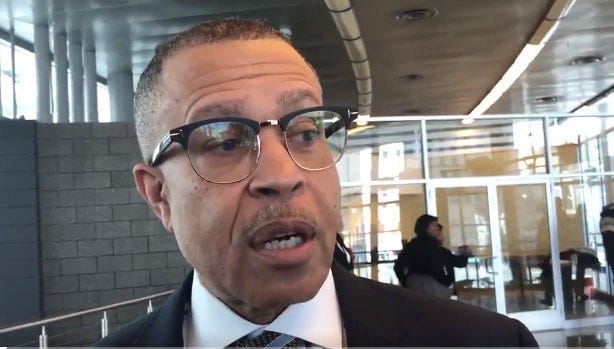 Craig remains under self-quarantine at home after suffering from a persistent cough, fever, chills and loss of appetite.

"When people ask the question, 'How do you feel about being quarantined at home?' I say it's certainly a blessing to me," Craig told WWJ Newsradio 950's Jon Hewett on Thursday.

"You know, too many that are COVID positive are not at home quarantined," the chief said. "Many are in hospitals fighting for their lives, and so...I'll take this."

Detroit Mayor Mike Duggan has said that, while Craig has been out with the virus, he continues to lead the Detroit Police Department while working from home.

The mayor said Tuesday that 450 Detroit police officers are back on the job after being infected by the virus or having to quarantine as a precaution.

The chief designated Detroit Assistant Chief James White, the longest-tenured assistant chief, to handle day to day operations out of DPD headquarters. Craig said there is no scheduled time table for his return.

The City of Detroit remains one of the hardest hit areas of the world amid a global pandemic.

According to the Michigan Department of Health and Human Services, Detroit (counted separately from the rest of Wayne County) had 5,824 confirmed cases and 251 deaths as of the last official count Wednesday. Duggan said, while he believe social distancing is beginning to work to slow the spread, he still expects those numbers to continue to rise.

MORE: Detroit Mayor Says Social Distancing Is 'Starting To Work' In The City