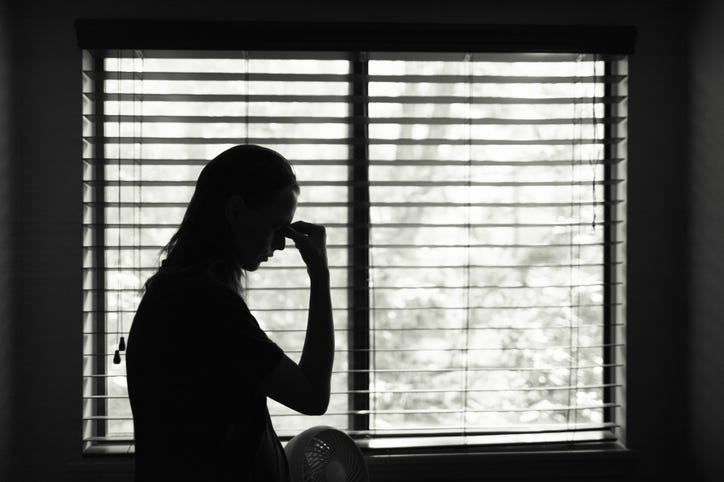 DETROIT (WWJ) - The COVID-19 pandemic is creating a nightmare scenario for people living in abusive situations.

Sharman Davenport, CEO of the nonprofit Turning Point Macomb, said they'd had a 25% spike in calls to their hotline from people who say — under Michigan Gov. Gretchen Whitmer's "Stay Home, Stay Safe" order — they now feel trapped with their abusive partners.

"Mostly what people are complaining about or having an issue with is the fact that now they are kind of locked in in a situation with their abuser, 24-7," Davenport said.

With all schools closed, some jobs on the line and many concerned about food and supplies, tensions are high.

"So that is causing much more stress for individuals, and it's creating situations where abusers who are now feeling a sense of being out of control and not having power — just like the rest of us," Davenport  said. "We all have a sense of, or are experiencing some feelings of loss and control in our lives. And so this, for an abuser, usually means that there's going to be an increase in lashing out and in physical abuse of ths people in the household."

Davenport said that, under the impact of the coronavirus, many domestic violence shelters and are now close to; or at; capacity.

Over the next few weeks, with the "Stay Home" order in effect, Davenport expects the situation to worsen.

"We are anticipating that abuse will intensify and the frequency of abuse will also intensify," she said. "And in this situation that we are currently finding ourselves, it's more difficult for people to come up with a safety plan."

This isn't just a local problem, either. The number of reported domestic violence incidents in China has risen sharply in quarantined regions of that country, according to Chinese news sources.

"Part of it is becasue even if you're not currently in a domestic violence situation, this is triggering an emotional reaction," Davenport said. "We are geting a lot more calls from people who are survivors of sexual assault as well, because they're feeling that loss of power and control in their lives, and it is triggering emotional stress, anexity, depression...so they are also calling."

Some of these victims, Davenport said, may find themselves facing a very difficult choice.

"I think that because of this pandemic you also have people that are afraid to leave their home, and go into an unknown situation, you know, for themselves and their children."

During these tough times, Davenport said Turning Point is offering help, including counseling and shelter. if needed, at their Mt. Clemens facility. Turning Point is also able to provide personal protection orders by phone, she said.

Turning Point's Crisis Line at 586-463-6990 is answered 24 hours a day, every day. Learn more about how to get help in the metro Detroit area HERE.