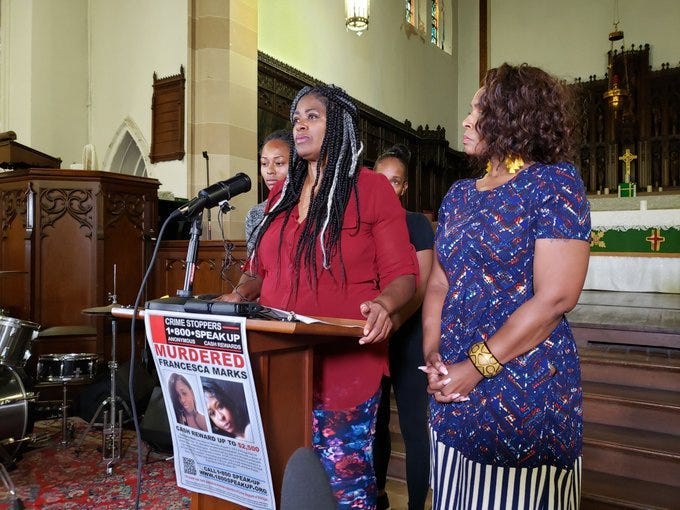 DETROIT (WWJ) - Francesca Marks, a 30-year-old Detroit mother of seven, was at Rouge Park enjoying a family reunion when she was hit and killed by a stay bullet.

One month later, the shooter remains at large. 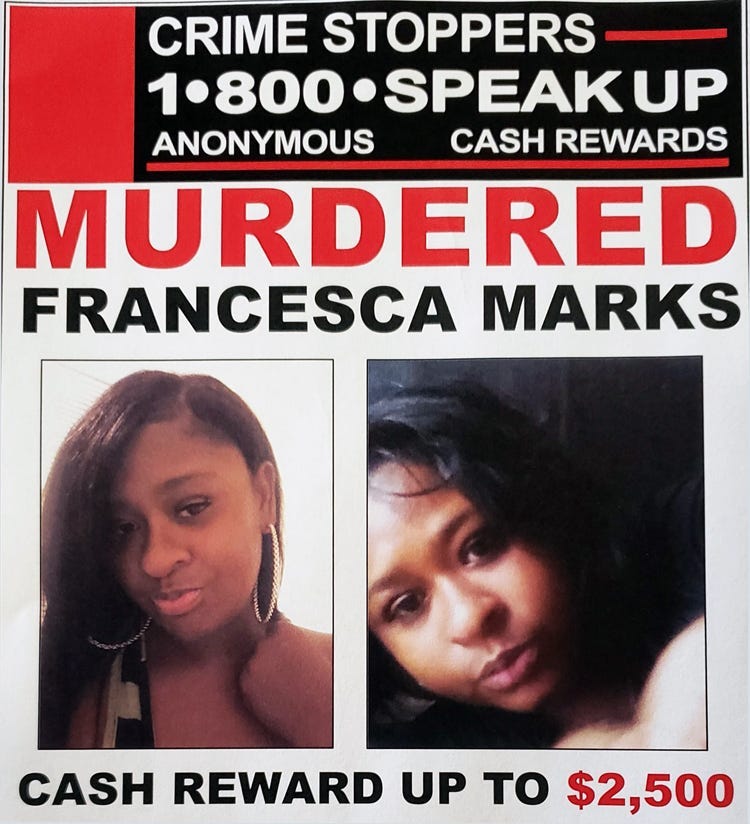 Crime Stoppers is offering a $2,500 for the tip that leads investigators to person who fired the shots on Saturday, Aug. 3, after police say an argument broke over a basketball game at the park, in the area of Plymouth and Burt Rd. on the city's west side.

Investigators believe someone left the park, returned with a gun and opened fire into the crowd. A CPL holder then became involved in a gun fight with the suspect.

Marks, known to her loved ones as "Frankie," was one of two innocent bystanders shot as she and her children tried to run from the gunfire. A man who was wounded survived.

Speaking through her tears, Marks' sister, Bianca Jackson, asked any witnesses to come forward with any bit of information that might help.

"If you know anything, any people, any cars, anything that was there, that was involved in the shooting of my sister, please have it in your heart (to) leave a tip...anything," Jackson said.

"We want justice for Frankie...so our family can get some type of closure," she said. "We loved Frankie so much; she mean the world to us. Our family is torn apart, ripped apart."

Anyone with information about this crime should call Crime Stoppers at 1-800-SPEAK-UP (1-800-773-2587). Tips may also be submitted by texting CSM and the tip to CRIMES (2746370). As always, tipsters may stay 100 percent anonymous, will not be asked their names, to speak to police or to testify in court.

Cash rewards are paid by Crime Stoppers upon an arrest in a case.