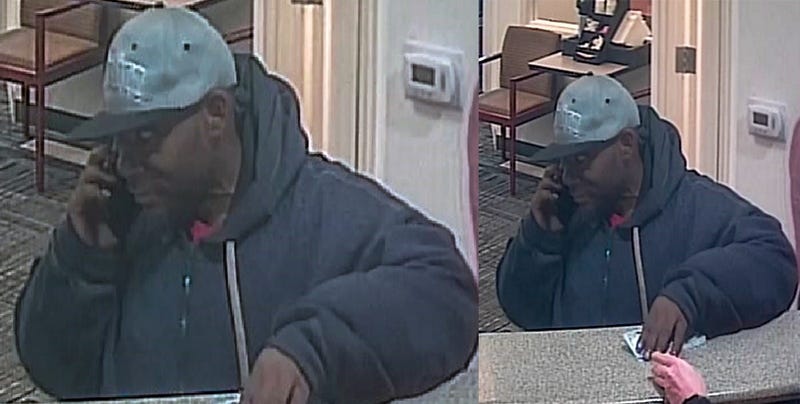 CHESTERFIELD TWP. (WWJ) - The FBI and police are searching for a suspect a large following a bank robbery in Macomb County.

On Wednesday at 2:35 p.m., police responded to the Fifth Third Bank located at 47000 Gratiot Ave. in Chesterfield Township about a robbery that had just occured. The unknown black male suspect fled the bank on foot with an unknown amount of cash, police said.

Officers from the Chesterfield Township Police Department, including the K9 unit, searched the area of 21 Mile and Gratiot for the suspect, but didn't find him.

Police said the FBI is assisting as they continue to investigate this case, as well the robbery of a Citizens Bank branch in Chesterfield on Oct. 2. It's not clear if it's believed the same man robbed both banks.

While a handful bank robberies and other crimes have caused some Chesterfield residents unease, police insist that the township remains a "very safe" place to live.

Responding to negativity on social media early this month, the police department put out a statement regarding the community's crime stats.

"In reading followers’ comments related to recent events, unfortunately some of the responses create a false perception that our community is not a safe place to live, or that a handful of events are deteriorating our community. While some of these high-profile incidents may get attention from the press and social media, the idea that Chesterfield Township is not a safe place to live is simply untrue," police said.