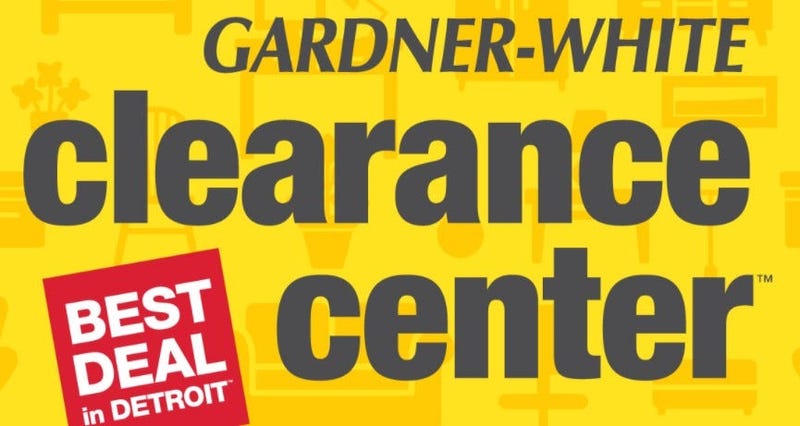 (WWJ) Looking for a deal on a new couch or bedroom set? You might want to head to your local Gardner White store.

Gardner-White has announced it is bringing back the Clearance Center concept inside every location, with closeouts, floor models and more priced at up to 80% off.

“The Clearance Center promises to be a paradise for bargain hunters, treasure seekers and thrifty shoppers,” said Rachel Stewart, president of Gardner White.

“The addition of a Clearance Center also gives us the opportunity to hire more metro Detroiters," Stewart said. "We are encouraging people looking for an exciting career in the furniture business to visit our website or one of our locations."

The company says the introduction of the Clearance Center is one more step in "Gardner-White’s plan to be the #1 furniture and mattress store in metro Detroit."

In July, Gardner-White announced they will be the lead sponsor of America’s Thanksgiving Day Parade in downtown Detroit, taking the place of Art Van Furniture, which went out of business, closing all stores.

Family-owned and operated for 108 years, Gardner-White has been a staple in metro Detroit. Irwin Kahn became the second-generation owner in the mid-1950s.  Irwin’s daughter Barb Tronstein and son-in-law Steve are the third-generation owners and are still very active in the day-to-day operations of Gardner-White, while plans are for their daughter Rachel to lead the organization into the future.