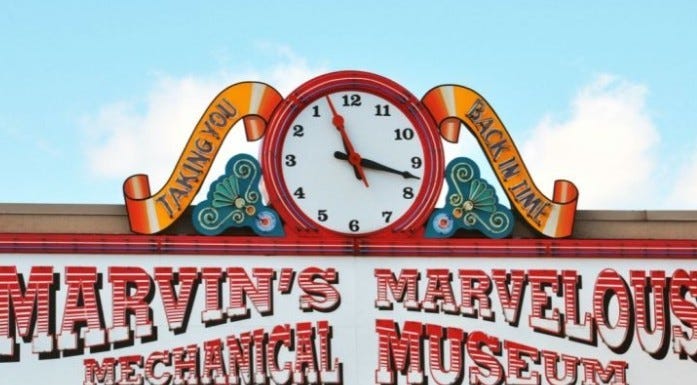 (WWJ) A longtime Oakland County attraction has launched a fundraiser in an effort to survive the pandemic.

Marvin's Marvelous Mechanical Museum and arcade in Farmington Hills has been shuttered since March, and there's no word yet on when Michigan's governor will move metro Detroit to Phase 5 — allowing the business, and others such as movie theaters and bowling alleys, to reopen.

Owner Jeremy Yagoda says that between rent, insurance and other general expenses, they are shelling out $10,000 a month, despite having no customers, and "with so many machines at Marvin’s, it is still a full-time job keeping each machine in working order."

A message posted on the GoFundMe page by Yagoda shares a bit of the museum's history. It reads, in part:

"Marvin Yagoda opened Marvin's Marvelous Mechanical Museum in 1980.  It began in Tally Hall with just a few antique machines from his collection. In 1988 Tally Hall closed which devastated Marvin. Fortunately, he was able to open his own storefront within the mall and with enough space to display his eccentric collection of antique and modern Arcade Games, Circus, Carnival, and Side Show Memorabilia.

"Marvin passed away in 2017.  His lifelong passions were his family and sharing his collection with kids from 1 to 101. I started working with my father as a child and now run Marvin's Marvelous Mechanical Museum and carry on his legacy."

Yagoda continues: "It is our goal to reopen Marvin’s once it is safe to do so and without risk to patrons and staff. However, financially speaking, we cannot afford to wait that long. Being a philanthropic family it's hard to ask, but we need your help so that Marvin's will be able to open for business once it is safe to do so without risk to our loyal and loved customers instead of shutting down for good. We wish there was another alternative."

The GoFundMe had already raised more than $30,000 by midday Wednesday. To donate to the cause, visit THIS LINK.